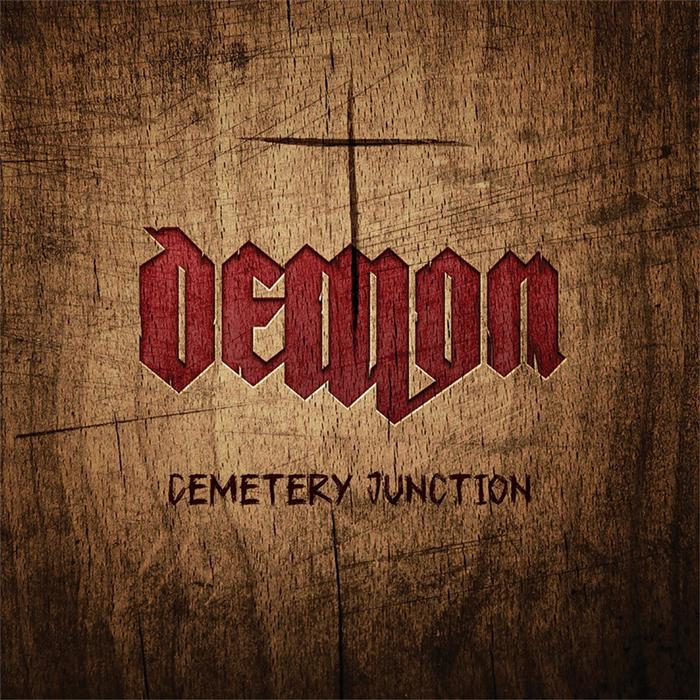 Who would have thought that Demon from the UK would still be around in 2016? The band around singer Dave Hill started out in the late seventies/early eighties and during the years changed from a metal band to a more symphonic heavy rock band with the emphasis on epic songs. Albums like ‘The Plague’, ‘Taking The World By Storm’ (seen as their finest opus including monster track ,,Time Has Come’’), ‘Hold On To The Dream’ and ‘The Unexpected Guest’ put Demon on the map. During their career there were some big time gaps between albums. ‘Blow-Out’ came out in 1992, follow up ‘Spaced Out Monkey’ in 2001 and after that it appeared to be over. Until the band surprisingly made another comeback in 2012 with ‘Unbroken’ and now there is their 13th studio release ‘Cemetery Junction’. I have always liked Demon, as Dave Hill and his musicians always did their own thing and tried to create their own sound without looking at anyone else. And they did manage to find and hold a little spot for themselves in the scene. In fact the band was pretty popular in Germany, more so than in their own country. Maybe that is why on this CD Hill pays tribute to the Germans with the track ,,Life In Berlin’’, again a song with a bit of a dramatic approach and feel. Hill’s voice has not suffered any damage during the years, he is still as recognisable as in 1981. ,,Turn On The Magic’’ is also a typical track for Demon, if you are familiar with their past. Demon is a band that in a way is similar to Magnum. Not that both bands have the exact same style but there are similarities in the music as well as in their careers. They are being appreciated by a certain amount of rockers which gives them ground and bases to carry on, but the big breakthrough never came and will not come now. Many critics will almost certain describe Demon’s efforts as out dated and old fashioned and maybe that is the case with ‘Cemetery Junction’ that as a whole does not have the quality of family members like ‘Taking The World By Storm’ or ‘Hold On To The Dream’. But there are certainly enough moments on this CD to make you smile and think about those good old days.