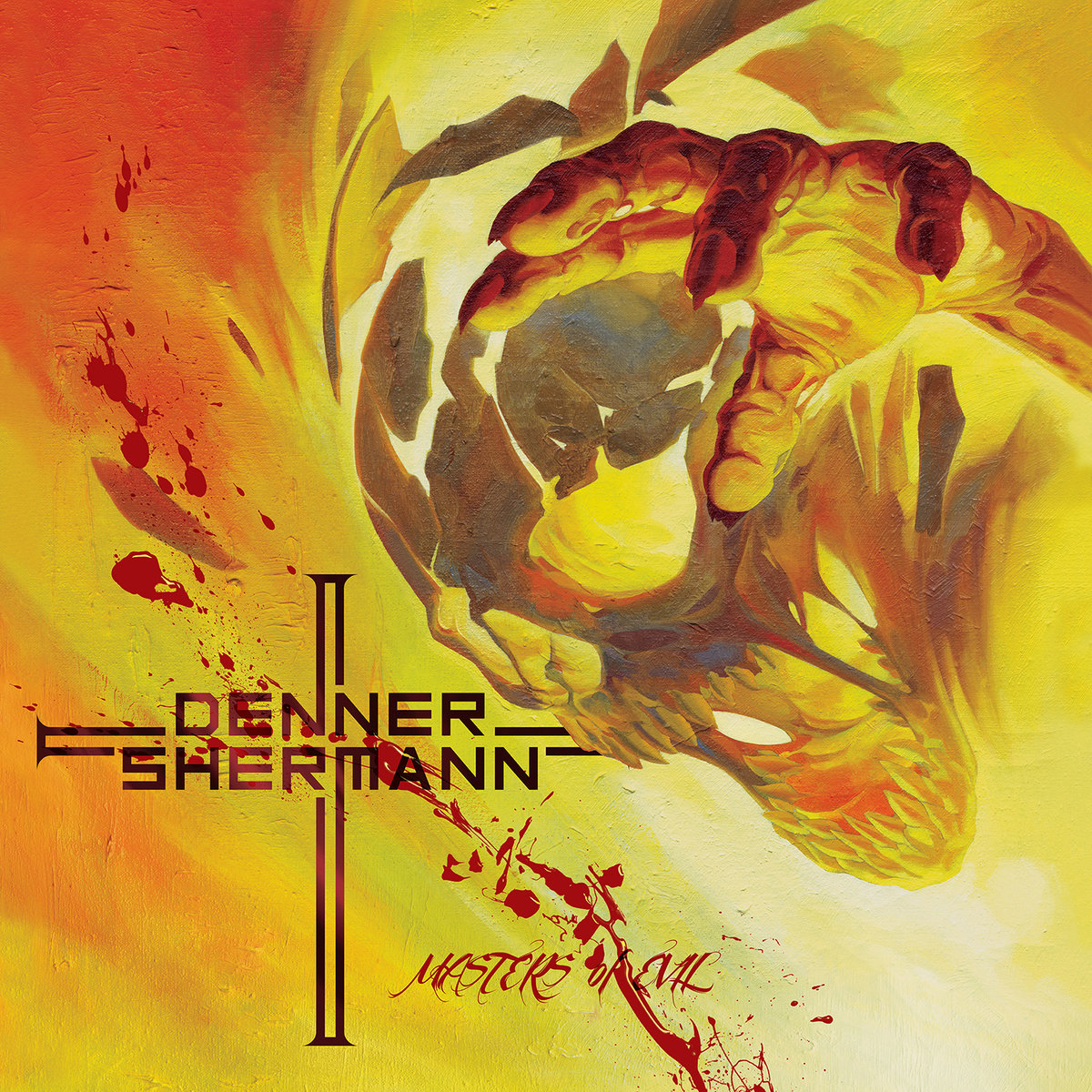 Here it is the official full length debut album of former Mercyful Fate guitar tandem Michael Denner and Hank Shermann. Together with singer King Diamond they formed the core of the band that made name for themselves with albums like ‘Don’t Break The Oath’ and ‘Melissa’. King Diamond later formed with success his own band, while the guitarists more or less faded away although Shermann did make two albums with the band Fate, which was a different cup of tea. The duo also played in the bands Force Of Evil and Lavina, but they were hardly noticed. Last year there was already the EP ‘Satan’s Tomb’, a sort of prelude to this album. When you listen to this record you can’t help yourself. Your thoughts will go back to those early days with Mercyful Fate. The song structures, the sound, the lyrics and even the cover of the album provide a trip down memory lane. Vocalist Sean Peck is no King Diamond, but he as well goes high and low, yells and sometimes there is a slight grunt. Big difference for me is that he is understandable while King in his early days was sometimes hard to understand. Denner and Shermann still kick ass on their instrument, the guitar parts are great and so complicated sometimes that it comes across as a bit chaotic, but it is nice to hear this. ,,Angels Blood’’, ,,Son Of Satan’’, ,,Pentagram And The Cross’’, ,,Servants Of Dawn’’ and ,,Escape From Hell’’ bring back old and fond memories, so revisit those days with Michael and Hank and their new chapter ‘Masters Of Evil’ if you dare!!