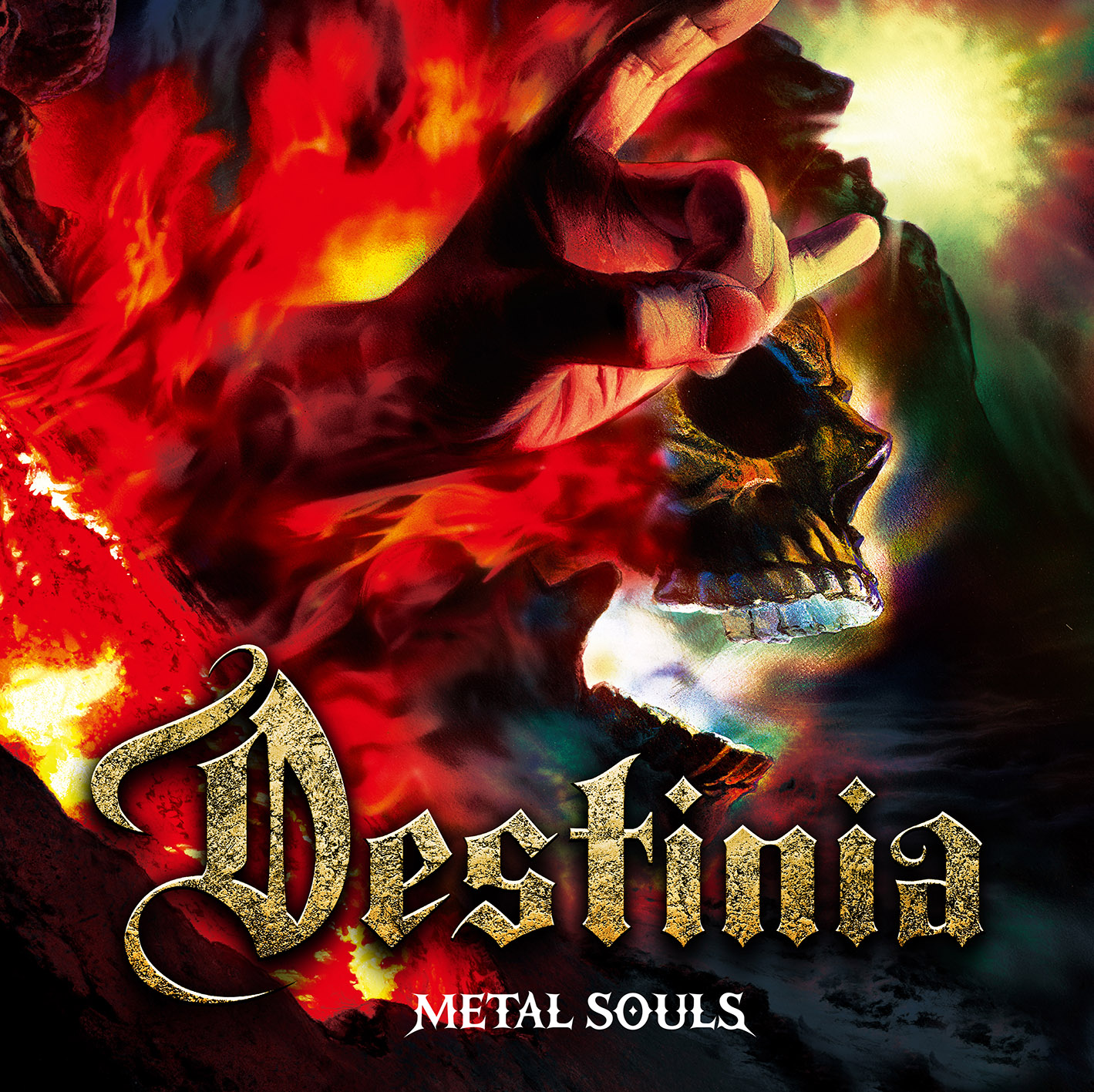 Japan has produced some memorable guitar players like Akira Takasaki (Loudness) and Kuni. The latest Japanese guitar hero is Nozomu Wakai who under the name Destinia already released the records ‘Requiem For A Scream’ (2014) and ‘Anecdote Of The Queens’ (2015). When he saw Lords Of Black perform in Japan somewhere in 2016 and discovered the live qualities of singer Ronnie Romero he knew that he wanted Ronnie to perform on his new CD. He also recruited bassist Marco Mendoza and veteran drummer Tommy Aldridge for his latest project. It does not come any better than that does it? These three seasoned performers all got involved for ‘Metal Souls’ a record that is a neo classical hard rock/metal album with exquisite guitars, a power rhythm section and one of the hottest singers around at this moment. Wakai is lucky enough more than just a shredder on the six strings. Although some tracks are a bit on the predictable site perhaps it must be said that ‘Metal Souls’ sounds heavy and good and has enough quality to interest a large amount of neo classical rock and metal fans. There is a nice balance between fast, more laid back and ballad type of songs and the musicianship is just excellent. Romero proves again why everybody wants him by delivering power, melody, diversity and cheer brilliance as if he does that on a daily bases. But beware Mister Romero…. Within just one year you have released material with Rainbow, Coreleoni, Lords Of Black and now Destinia. Hopefully he is not performing a certain amount of ‘overkill’ on his career by releasing too much too soon. I mean he is awesome on ‘Metal Souls’, don’t get me wrong and his work ethic is simply outstanding but four releases within less than a year is a bit over the top. Still, for people that like Malmsteen, Sammy Berelli and neo classical metal and hard rock ‘Metal Souls’ is definitely a CD to check out.