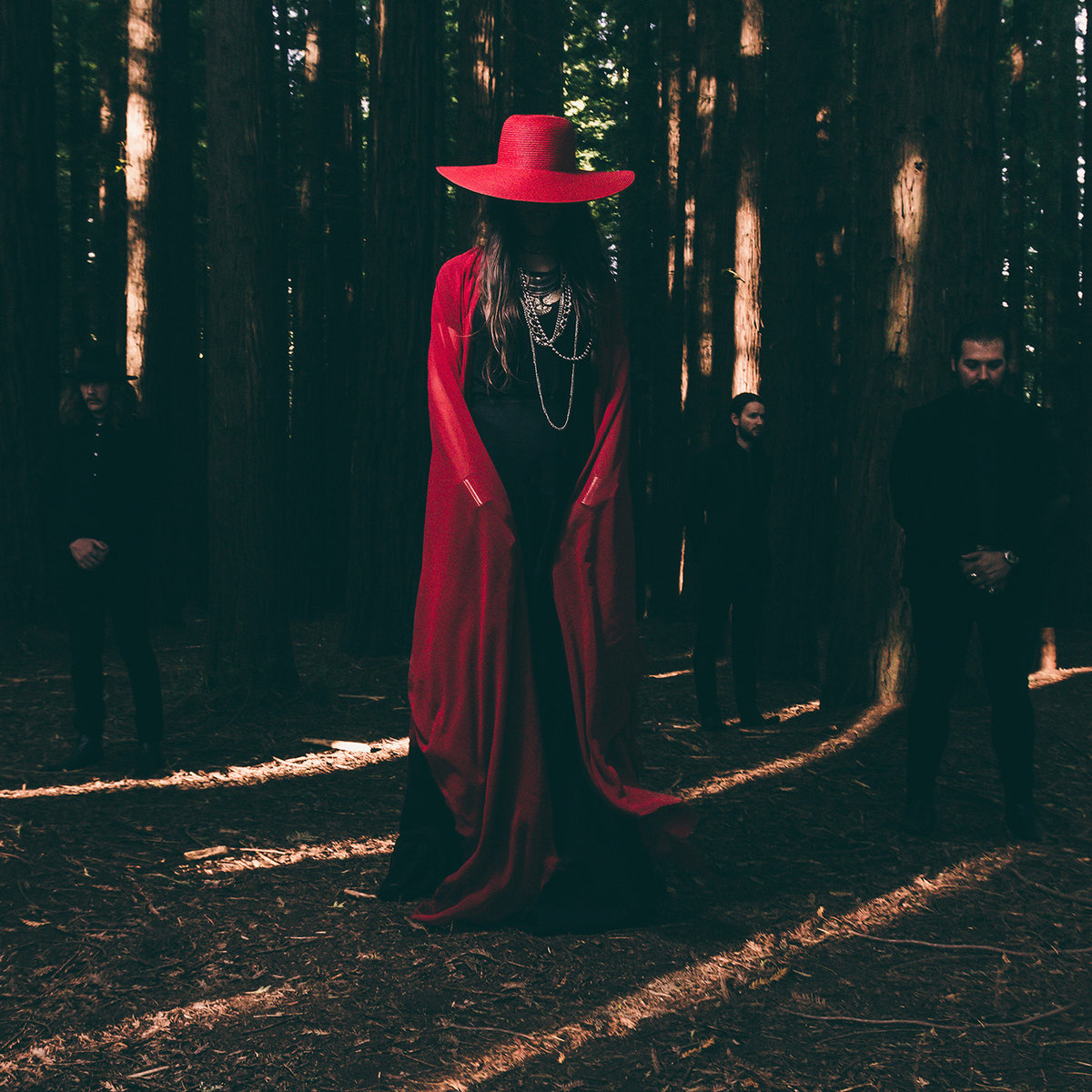 Three dudes and a chick from Melbourne together form Devil Electric. They got together somewhere in 2015 and have named their first full CD after their own band name. Tom Hulse (bass), Christos Athasias (guitar), Mark van de Beek (drums) and Pierina O”Brien (vocals) serve us a cocktail of stoner, heavy, doom and fuzz metal that will hit you like a ton of bricks! The 36 minute CD is an avalanche of riffs, riffs and more riffs, sometimes drenched in effects that more than once remind me of a band like Fu Manchu, Electric Citizen and the masters of heavy metal Black Sabbath. Van de Beek and Hulse are an atomic rhythm section laying down a foundation that is full of power and grit, while mister Athasias adds the groovy riffs and solos, making him the Australian version of Tony Iommi in his early Sabbath days. The emphasis is clearly on power and indoctrinating songs that are not too long. Sometimes with this type of music some songs are drawn out and it can get boring but Devil Electric avoids monotony by keeping most of the songs short and sweet. And there is this girl called Pierina O’Brien, she adds the flavour to the music with her strong voice, making sure that Devil Electric sounds just a bit different in the genre. Listen for instance to her emotional singing on the killer track ,,Lady Velvet’’, it just gives you a tremendous kick up the ass. What also helps is the tempo changes in a song like ,,Acidic Fire’’ adding a bit of ‘speed’ to the mix before falling back into a lower gear again. ,,Lady Velvet’’ and ,,Acidic Fire’’ are for me the two songs that sum up what this band is all about. There are some instrumental parts on this CD like ,,Lilith’’ where the band just mellows out. I am not too sure how popular this genre is these days but if bands like The Doomsday Kingdom are amongst your favourites plus the above mentioned groups, make sure to have a listen to Devil Electric on You Tube and get this music on CD or download. Hopefully you have a powerful stomach because when this hurricane comes down on you, you will need that!