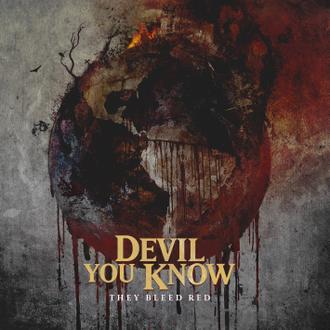 Founded in 2012 and honored as Best New Band at Metal Hammer Golden God Awards just two years later, Devil You Know really stepped into the game with style. Some call them Supergroup, as all the members are carrying years of experience in other well known bands such as Killswitch Engage or All Shall Perrish, some simply call them a group of super dudes (Original Statement by singer Howard Jones). After writing over 40 songs for the debut album ’The Beauty And Destruction?‘, it would have been easy to put together a new album in no time. Worn by the chemistry in the band and the amazing songwriting skills, they all decided to start writing from scratch, which resulted in the brand new killer album ’They Bleed Red’. Without a question Devil You Know are here to kill and they will prove it to you all very soon on tour with Five Finger Death Punch and Papa Roach.