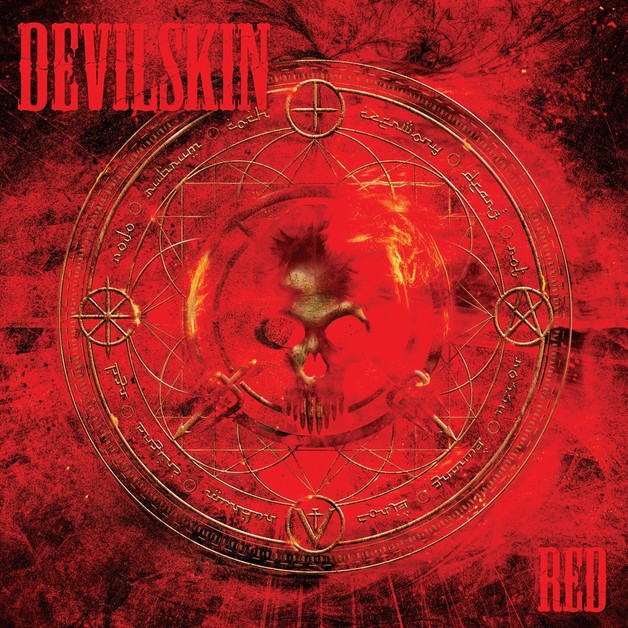 Some albums take time to nest, or take an opening that makes you skip the exit button. It sums up my first spin of Devilskin’s new album `Red’. The New Zealand four piece managed to make me reach the stop button and discard the record that later found its way to my stream because of their manager’s stubbornness encouraging me to listen in.

And yes, that indeed paid off. ,,Do You See Birds” opens with such brutal and blunt force it instantly causes trauma. Opening with an impressive rocker riff and drum swagger it builds fine tension. Getting full steam ahead however the brutal vocals grunted make it suddenly bloom too harsh. However, allowing the song to reach the 1:30 mark, you get to hear the first glimpse of Devilskin’s true poise. Multi layered vocals with vocals pure and clean sweeping into roar unpredicted. The diversity is the focal point that also adds to the band’s insane diversity in song crafting. It is jumpy, fierce, brutal, as well as era clean and melodic. Balanced out by some top-notch musical performances it is Jennie Skulander’s voice that forms the tie to bind. She really pitches the tracks into shape and her impressive range provides the songs insane captivating flair. Just check out the marching and riff spun ,,All Fall Down” with its tremendous stride and Jenny’s awesome coal delivery. Rather than flexing her voice around the throbbing pace, it feels as if the music is crafted around her brain swirls of vocal performance. Skulander is perhaps one of the best kept secrets in metal, judging this intense album. She offers the band creativity without limits. ,,Corrode” has been launched on YouTube recently. An ominous paced track displaying the more accessible side of the band. While progression one has to pay attention of the musical marksmanship in the background. It reminds me of Mindfunk’s later work in which the band fused dark matter with accessible melodies and hooks. Nail muscles and toughens up the riff driven tune and his presence is tremendous on the rip roaring ,,Same Life” and ,,Blood Bone”, where he switches heavy blunt riffs with fine hooks and melody. ,,Eyes Red Heavy” reveals his capacities with jaw dropping melodies pulling forward the track with intensity. Drum and bass provide extravagant dynamics on the here fore mentioned ,,Blood Bone” with Nic Martin hammering it solid and Paul Martin’s throbbing bass as a pulsating heartbeat. Adding more variety and dynamics the band dives into the jumpy ,,Endo” with exquisite melodies and staggering pace picking up power for brutal grunts over slick melodic chants and melodies form Jennie. Going all funky with slugging bass pumping forward roaring epic ,,Bright Lights” and the intense ,,Be Like The River”. The songs contrast deeply with the melodic emotional outpour on ,,Sweet Release” and fuse the musical cocktail that is served by Devilskin. Putting their foot down once again for the rip-roaring ,,Everybody’s High But Me” again displaying the band’s unique skills and Skulander’s impressive abilities as a vocalist. Nail’s powerhouse riff breaks with a Yahweh pedal making the melody well towards another spit of grit and gravel. Both Martin’s pick up the pace and inflame the track towards the end making it die out with an ominous bang!

Devilskin is the vehicle launching New Zealand’s metal scene and put it on the map with this impressive new album. The band switches skillfully between all ends of the rock spectrum and takes the best of many worlds fused into one fine unique format. I previously mentioned Mindfunk and it is the band that comes to mind frequently without copying their likes. Devilskin is truly unique and makes a solid impression with `Red’. Exquisite marksmanship fused with the talents of an impressive voice and radiating performance. It is off the board! Must hear.