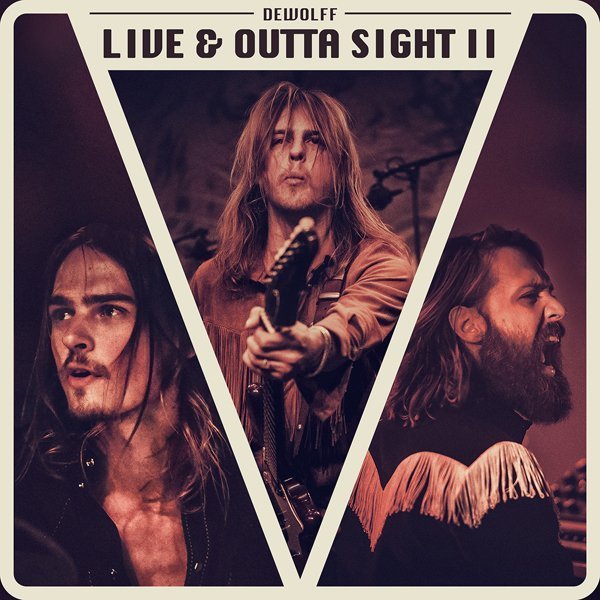 After the success of the live album ‘Live & Outta Sight’, DeWolff now releases the follow up live album “originally” called ‘Live & Outta Sight 2’. The track listing of this new live album contains 11 songs and many (6) of the songs are taken from the excellent and indeed successful album ‘Thrust’. ‘Live & Outta Sight 2’ was recorded on DeWolff’s 2018-2019 tour of The Netherlands, during Wolfffest in Utrecht and in venues in Arnhem, Groningen and The Hague. The album bursts with energy and the heavy psychedelic rock sound of DeWolff really gets you by the balls from the first minute of the opener ,,Big Talk”, till the last soundscapes of ,,Love Dimension”. The most underrated Dutch rock band of all times really play their asses of in sheer brilliant tracks like ,,Medicine” or ,,California Burning”. The absolute highlight of this live performance however is ,,Outta Step & Ill At Ease (hello, Allman Brothers Band), featuring a superb guitar solo, making you long for more… ‘Live & Outta Sight 2’ is a must for fans of flower power rock/blues jams, buy or die and omit the redundant drum solo in ,,Deceit & Woo”!