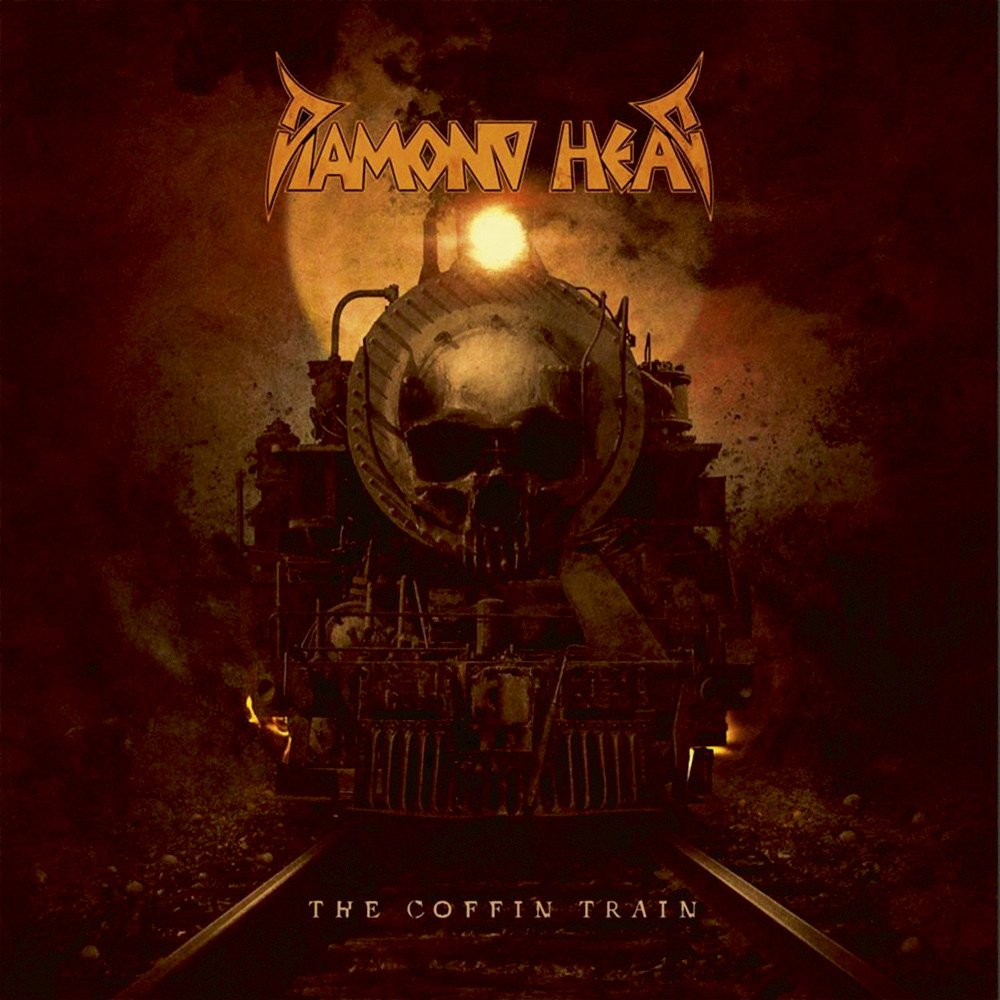 A little over three years ago UK band Diamond Head released their seventh CD simply called ‘Diamond Head’. It proved to be a new start for founding member Brian Tatler (guitar) who started the group in 1976. On that album Diamond Head introduced their new singer Rasmus Bom Andersen, a Danish citizen living in London. He proved to be the missing link. For the last years Rasmussen and Tatler wrote songs while on the road, gave them time to mature in order to have the best possible material. Well, ‘The Coffin Train’ delivers on all fronts as far as I am concerned. It is a vast improvement on the 2016 album with better songs and a musical approach that highlights classic Diamond Head ingredients combined with a very strong and sparkling production. And Anders Bom Rasmussen definitely proves to be the winning ticket with his big range and ability to bring a lot of variation into the sound and songs. Especially the guitar tandem Tatler and Andy Abberley give ‘The Coffin Train’ its old school classic style but it is not that Diamond Head is trying to rehash their own past. There are new and more modern rock elements there but it is still classic Diamond Head. I guess the songs that have a more epic approach like ,,Prelude – The Sleeper’’, ,,Serrated Love’’ (great acoustic part at the end), ,,The Phoenix” and ,,Until We Burn’’ (that all clock between five and seven minutes) give this CD its true identity. They are all big songs that will soak you up. In the early eighties Diamond Head was seen as the ‘next big thing’ coming out of the UK. That never really happened but the Diamond Head that exists today is certainly a match (and maybe even more) for the band that existed then. With ‘The Coffin Train’ Tatler and Co. have added another innovating musical chapter to the career of this group. The band members probably don’t dream anymore about a big time status but with this CD they can stand tall and compete with any other classic rock band out there. It took a few spins but I have fallen head over heels in love with ‘The Coffin Train’.