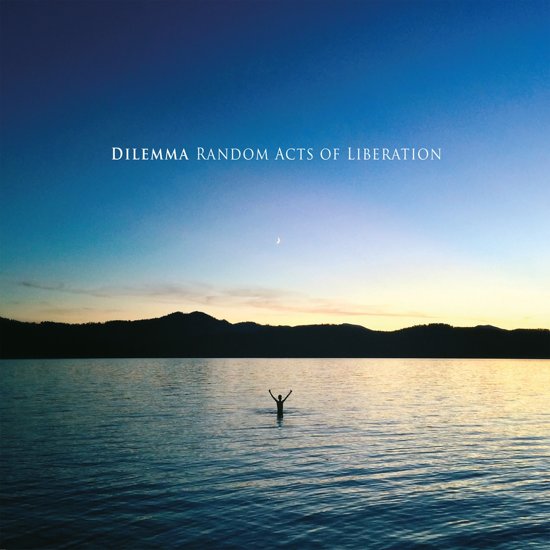 December 4, 2018 by Michel van de Moosdijk - More about our team

Dilemma is a Dutch/British progressive rock band that has come back after of a long winter sleep. Although the band never officially broke up things have taken a long time. By the time Dilemma was about ready to record the material they had for their second album singer Daniel Butler left so founding members Collin Leijenaar (drums) and keyboardist Robin Z decided for rewrite the album as soon as they had a new singer in the person of Dec Burke (also guitar). Further in the current line-up are bass player Erik van der Vlis and guitarist Paul Crezee. The album has been some years in the making also because of the busy schedules on the involved musicians. For instance Collin Leijenaar recently was the drummer of Kayak (now ex-drummer) and was also involved with the Neal Morse Band. Fans of progressive rock in general and in particular of bands like Spock’s Beard, Neal Morse and Flying Colors should take notice of the musical adventures of Dilemma on this 14 (!) track album. It is an adventurous and wild ride indeed, one though that has such a transparent production (credits for this go to Collin and mixer Rich Mouser) that whatever song you listen to it is easy to follow. Don’t get me wrong the material is sometimes very complicated (,,The Inner Darkness’’ takes you with its length of 12 minutes all over the progressive landscape) but somehow Dillemma has managed to keep their songs accessible avoiding to get lost in a freaky musical world of their own where there is no room for the listener to understand or grasp what is happening. It is a record with variation, a record that combines progressive rock with pop elements, hard rock tunes (listen to the intro of ,,Pseudocomaphobia’’!), rich vocal arrangements and some exquisite instrumentation. But most of all the song writing on ‘Random Acts Of Liberation’ is impressive as are the vocals chords of Dec Burke and the inventive guitar solos. It might not grab you in an instant as there is a lot happening but yet again I have to say this: by investing time and patience into this record you will discover bit by bit how adventurous and mind blowing ‘Random Acts Of Liberation’ really is. Enjoy!