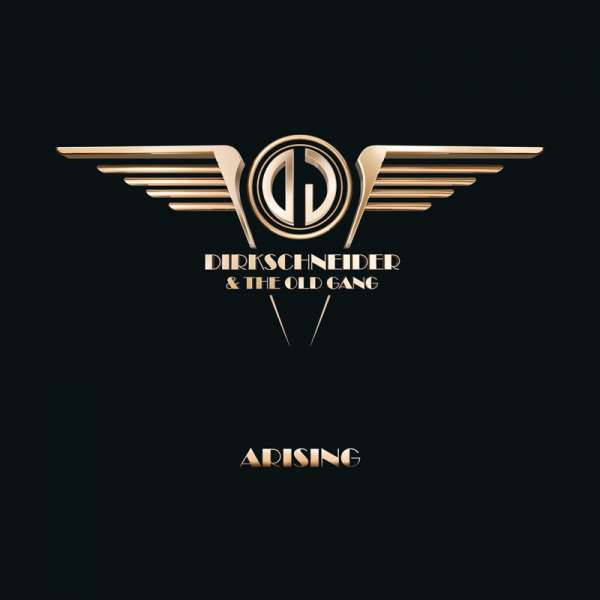 ,,Where The Angels Fly” has been on YouTube for quite a while without really revealing the whereabouts of the project. The song received solid airplay and is featured on this 3-track release because it doesn’t make the cut for the upcoming album `We Are One’. Leaving it collecting dust in the drawer would have been a shame, thus it made its way to this ‘single’ release.

The song is a slow-paced rocker displaying the band’s hang towards classic Accept metal and modern epic metal. Memorable chorus and bridge pulling it forward with epic pretentions. Above all the song features the impressive guitar tandem Keufmann – Dieth pulling forward with tons of twin harmonies and memorable riffs-melody. The interaction is astonishing and paves the way for Udo’s raspy raw vocals teaming with Bibert’s great vocals. Not the typical Goth vocals, she holds up firmly with a great range, mellowing Udo’s raspy grunting vocals. Listen to the closing minutes when the interaction really lifts off over the pitching guitar melody. Wonderful.

But it is, of course, about the two new tracks unearthing. ,,Face Of A Stranger” perfectly captures what we can expect on the upcoming record. The song is pulled forward by a great blunt riff and Baltes’ throbbing bass. The multiple vocals throw off a little but it is Udo and Manuela putting their mark on the track. The song nests easily and sees Wacken’s audience swirling. When it breaks into the melodic solo duelling into towering twin, the song rolls out it’s epic power. Glorious and powerful it fuses classic Accept with modern epic metal and Viking chants.

Putting the foot down for ,,Every Heart Is Burning” we get presented more classic Accept melodies. Pulsating bass and drums with angelic chants from Bibert open for Udo to roar out loud. Bibert opens her pipes and adds poise towards the impressive chorus and even more powerful bridge. Another song raising the stakes for the full-length album on DATOG.

`Arising’ is an impressive calling card for the Dirkschneider and the Old Gang. Fusing the classic Accept melodic ingredients and driving guitars, it breaks 80s classic metal into the present. The term ‘fresh old school’ might apply here. Though classic metal has always been around and gloriously returned, it is DATOG that makes a mark. This three-track features so much of that classic spit that it nests with fans from the golden era of heavy metal, as well as fans of modern metal genres. It unites styles and it might just unite fans again, crushing current barriers of genre fanatics. We are all just metalheadz, never forget!