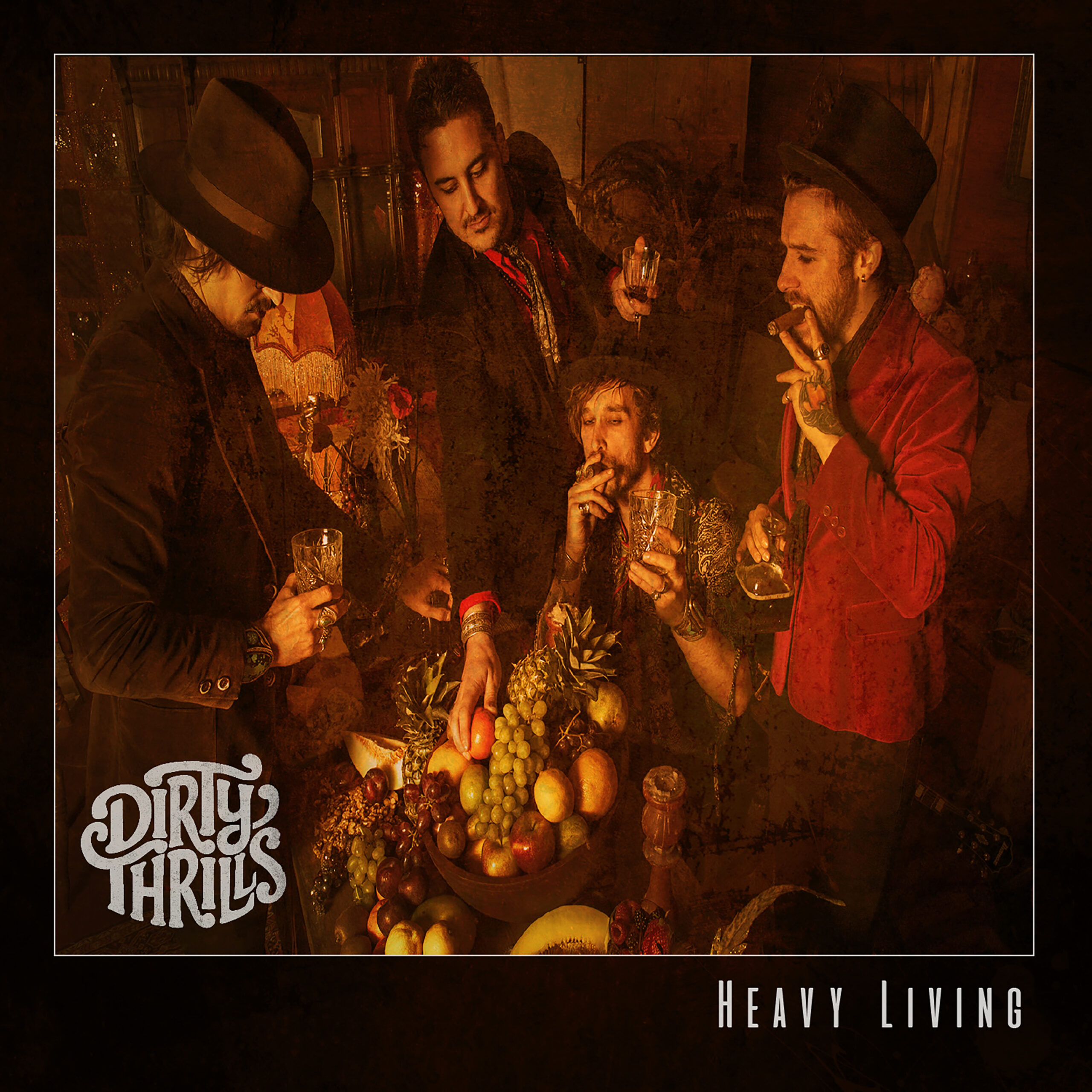 Hey, new blues rock talent straight out the heart of London, England! Their first CD ‘Heavy Living’ is impressive and this band sounds a bit like a cross between their countrymen Inglorious and the American dudes of Rival Sons. In Louis Jones Dirty Thrills does have a singer with charisma and the voice can than lead you into mischief, guitarist Jack Fawdry seems to have a patent on hearty and heavy riffs while bassist Aaron Flows and Steve Corrigan on drums are a pure force that give the bluesy and heavy rock and roll of this outfit the drive that it needs. It sounds sometimes very British seventies style influenced by acts like Free and Bad Company but nowhere on this record this band sound old fashioned or out dated. I guess that is where the Rival Sons influences come in a bit. Louis James is a guy on a mission. The man makes the impression that he is desperate to get his message out there. That is how intense he sounds. Deep, raw, emotional and a few seconds later really up there in the higher regions, reminding me a bit about people like Paul Rodgers and Nathan James of Inglorious. Songs? Plenty of them are just as intense and exceptional as the way they are being performed by the band. ,,Drunk Words’’, ,,Law Man’’, ,,Go Slow’’, ,,No Resolve’’ or ,,Go Loose’’ are pure rockers with variety, intensity and above all pure honesty. Absolutely a new band that makes a bit of a difference and combines tradition with the ingredient that is the most important aspect for all groups and musicians: they believe in what they do and they show that in more ways than one. Great stuff!