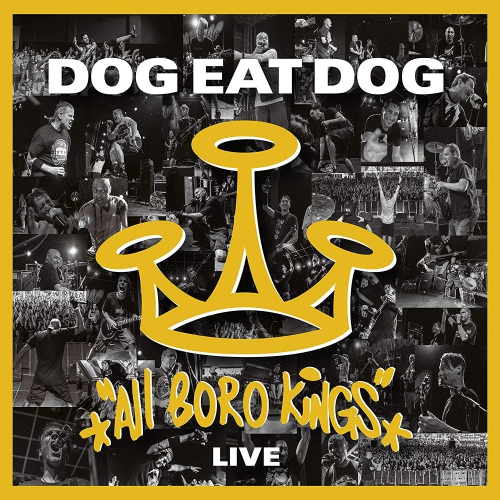 Bands come and go and then there are artists who stay forever. When Dog Eat Dog released their debut album ‘All Boro Kings’ in 1994, they participated in forming a genre that some might think would just stay for a limited time and then disappear again, like most others. But the innovative combination of rock, punk, metal, reggae and hip-hop was too unique to not stay forever. After a lot of ups and some minor downs, it is no surprise that Dog Eat Dog are still touring the world and are still able to burn stages in small clubs as well as big arenas. If you have seen them recently playing a show near you, you would have seen the pleasure and fire these guys still have, rocking their classics. Because of that it is no surprise, that ‘All Boro Kings’ is celebrating its 25th anniversary with style. 25 years later and the tunes have aged well, still fresh, still a lot of fun to listen to them. They are simply classics, all of them. To celebrate this anniversary the band thought it might be a good idea to release an amazing anniversary package, including the full album, including the strictly rare `Warrant’ EP tracks and add a full live cd with all album tracks recorded at Rock am Ring 2019. On top of that you can also get a DVD seeing what the boys do best: performing their classics mixed up with brand new songs at Rock am Ring 2019 and Wacken 2017. In case you forgot about Dog Eat Dog, this is the best way to bring them back to your life and remember that these are the good times, for the next 25 years to come. Happy birthday Dog Eat Dog, happy birthday to the All Boro Kings.