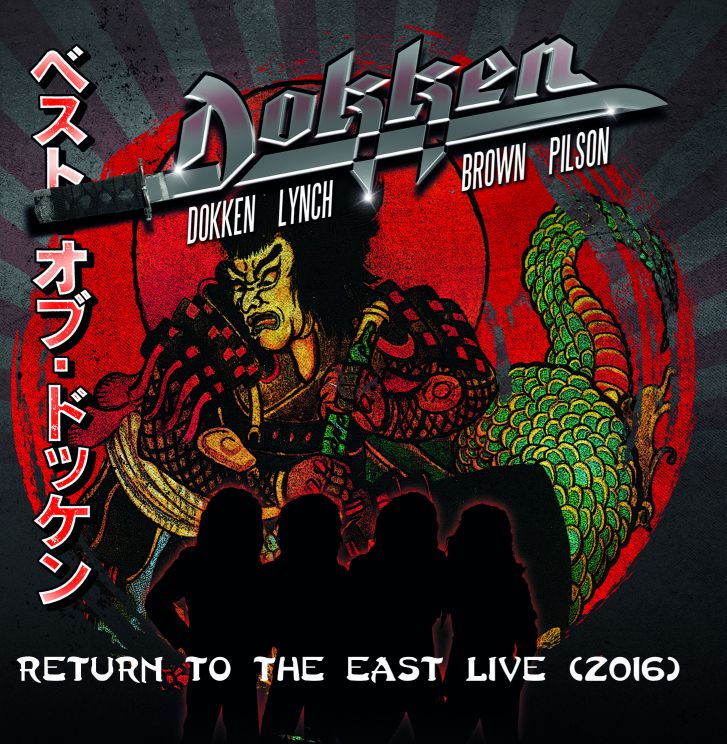 For a probably quite handy fee the original line up of Dokken reunited to play a show in Japan somewhere in 2016 that was filmed and recorded as well. As we all know in the past there were plenty of problems between especially George Lynch and Don Dokken. Why it has taken about two years to release this product is beyond me but it probably has to do with scheduling problems and timing because of commitments and releases that several band members had. Take for instance guitarist George Lynch who has come up with three releases for different bands and projects in the last year, while bass player Jeff Pilson is committed to Foreigner and singer Don Dokken has still a line up together for his own band. There is no doubt that the band wrote rock history with releases like ‘Tooth And Nail’, ‘Under Lock And Key’ and ‘Back For The Attack’. At their summit the band released the ‘Beast From The East’ double live CD but already while writing and recording ‘Back For The Attack’ the tensions were high and after the release of ‘Beast From The East’ the original members went their own way before reuniting again for a short while in the nineties releasing the CD ‘Dysfunctional’. But the old magic never ever came back. Still the musicians since then have continued with several bands and projects, keeping their heads above water and making obviously enough money to keep paying the bills. On ‘Return To The East Live (2016)’ Dokken reheats some old crowd pleasers but also a new studio song is added plus two (semi) acoustic studio versions of ,,Heaven Sent’’ and ,,Will The Sun Rise’’. Especially the last two mentioned songs really have flourished again in their semi acoustic jacket. Good vocals from Don Dokken and really nice playing from Lynch, Pilson and drummer Mick Brown. Maybe it would have been a better idea to have made a complete semi acoustic album as the live tracks are okay but not much more than that. The main culprit for the mediocre performance is Don Dokken himself. He has never been a beast on stage and it is obvious to hear that time did not stand still, not even for Don Dokken. His singing is monotonous and in a very low key on songs like ,,Breakin’ The Chains’’ and ,,Unchain The Night’’ while he miserably fails on the super ballad ,,Alone Again’’. It is clear that he does not reach the high notes anymore and he camouflages that by singing in a lower key. It is nothing to be ashamed of I suppose, as time will get all of us eventually but now we are listening and looking at a singer who does not cut it completely anymore on stage. Luckily Lynch, Brown and Pilson are still cutting it so there is at least something to enjoy on this release. Oh yes, the new studio track ,,It’s Just Another Day’’ is an okay song but does not reach the old level of crackers like ,,Tooth And Nail’’, ,,Kiss Of Death’’ or ,,Into The Fire’’. ‘Returns To The East Live (2016)’ leaves me with mixed feelings as the music performed is good but the singing leaves a lot to be desired. Only in the studio Don still performs to the desired level as ,,Heaven Sent’’ and ,,Will The Sun Rise’’ show. Something tells me that this will probably be the last hoorah of this line up but then it is and stays rock and roll so anything can happen….