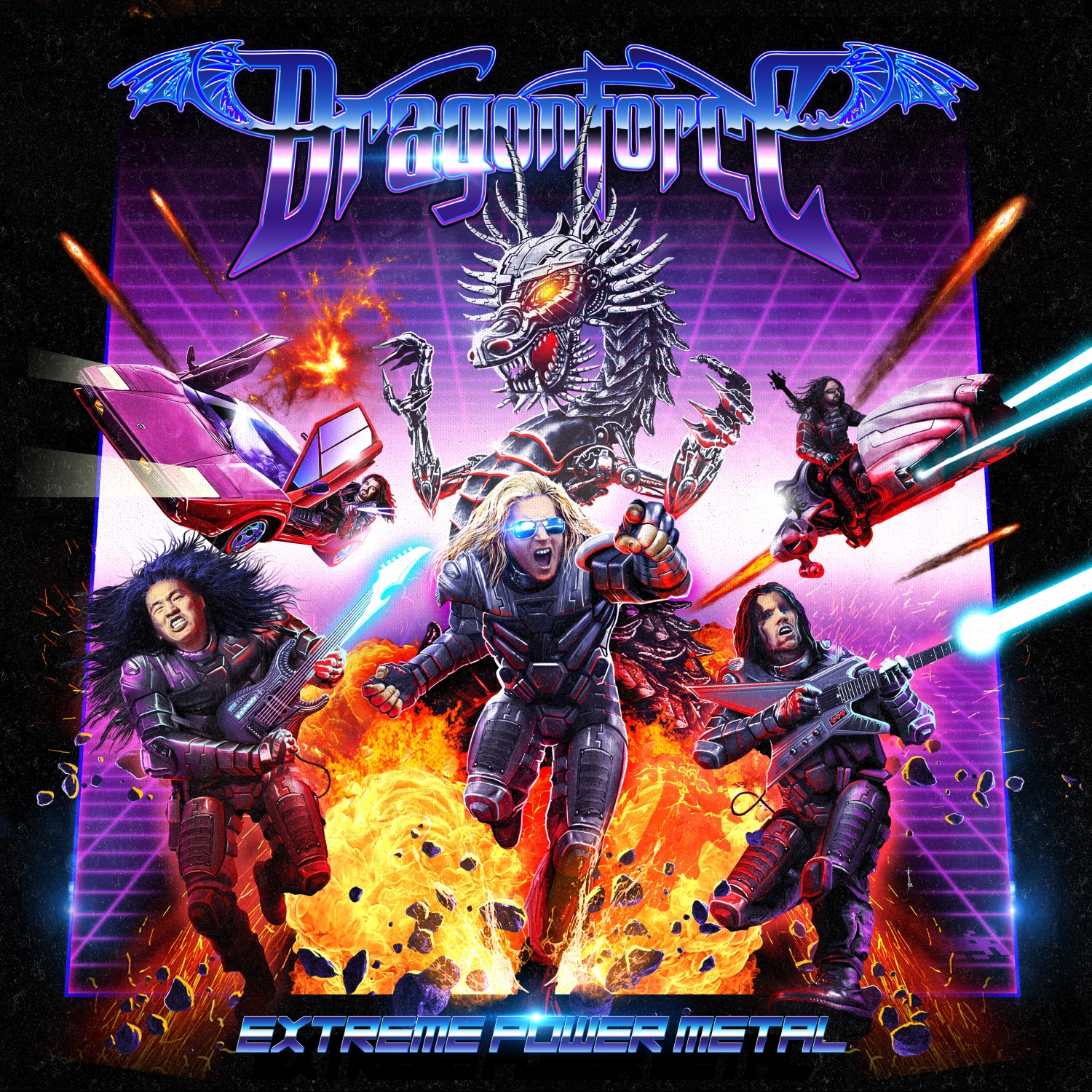 The eight-studio album by the London-based speed metal band DragonForce is a real blast, especially the very fast guitar melodies and solos of Herman Li and Sam Totman stand out and make this album a must for lovers of twin guitar speed metal and anthem-like power metal tracks. On July 30th DragonForce already released the first single of this album called ,,Highway To Oblivion” and if you liked that song then the entire album will be a musical gem for you. The songs on this album, ten in total, are even bigger, faster and more epic and anthem-like than on any other DragonForce album! For me, ,,The Last Dragonborne”(with excellent singalong chorus), ,,Remembrance Day” (anthem-like), ,,Cosmic Power Of The Infinite Shred Machine” (great title) and ,,Highway To Oblivion” are the absolute highlights of this album; DragonForce as second to none; meaning: uplifting, exciting, melodic, fantasy-themed speedy power metal!! But the greatest surprise on this truly amazing album is the cover of Celine Dion’s super boring ballad ,,My Heart Will Go On” as DragonForce plays this song at full speed and therefore it really does not sound that bad, but for me this one is rather utterly redundant indeed…. On DragonForce’s eight studio album you can also hear the keyboards of Dutch player Coen Janssen, who of course is normally doing his musical stuff with Epica. If you have never heard a DragonForce album before then you might be in for a surprise and actually like it, if you are a fan already I think that you will find that ‘Extreme Power Metal’ is DragonForce’s best effort so far; no need to say that you have to play this album extremely loud and try keeping up with your air guitar seems rather impossible…