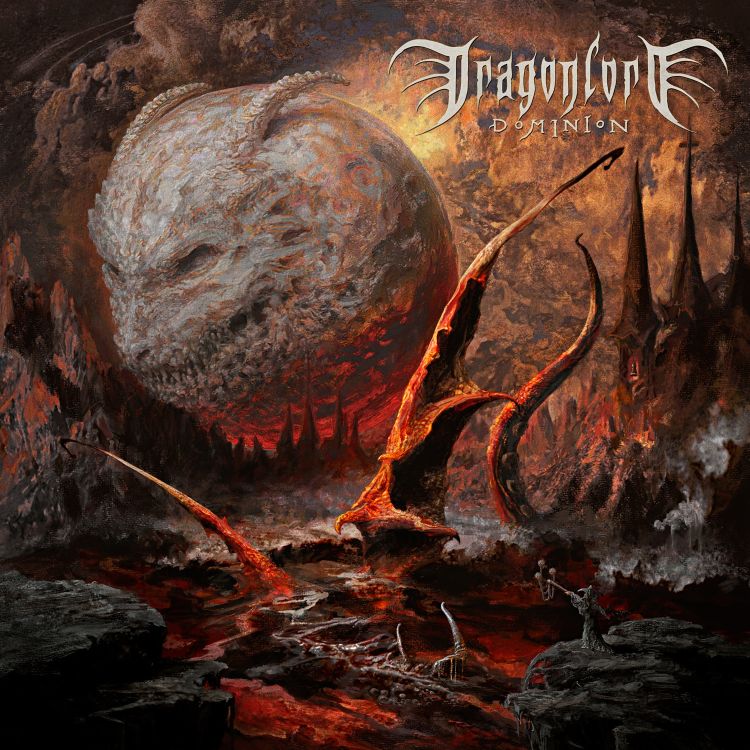 Well, sometimes bands put you into the wrong direction with their names. Take Dragonlord for example. I expected it to be some European Power Metal style band, which I personally do not prefer if it heads into the direction of ‘happy metal’. But none of this is true and this turns out to be the California based Dragonlord. Leader of the pack is Testament’s guitar player Eric Peterson’s. This 3th album ‘Dominion’ is also my first introduction to this band although their debut album ‘Rapture’ is from 2001 and their 2nd album ‘Black Wings of Destiny’ saw the light in 2005. So 13 years later Peterson’s Dragonlord is back with ‘Dominion’. On this album Eric plays all guitars, Alex Bent (Trivium) is behind the drumkit and Lyle Livingston plays the keyboard and piano while miss Leah McHenry is guest vocalist. So, no power metal, but some serious Symphonic Black Metal. Normally not my kind of thing, but I must admit that Dragonlord came up with some good compositions with great guitar riffs and very nice breaks in the songs which kept my focus sharp through the whole album. Also lyricwise there is something to enjoy for lovers of History and Fantasy.
Favorite tracks are ,,Northlanders” (about the brutal 11th century Northmen), ,,Love Of The Damned” (an abstract piece that still explores a love story– with the devil. Almost like a switch-up story of if Beatrice from “Dante’s Inferno” did fall for the Prince of Darkness!” Peterson explains) and ,,The Discord of Melkor” which will thrill LOTR fans with an untold tale– “my take on Tolkien’s “Silmarillion,” Peterson says).


So the final verdict is positive for me. Go check out ‘Dominion’ from Dragonlord. An album that laid on my desk unnoticed for too long.
.
Share article