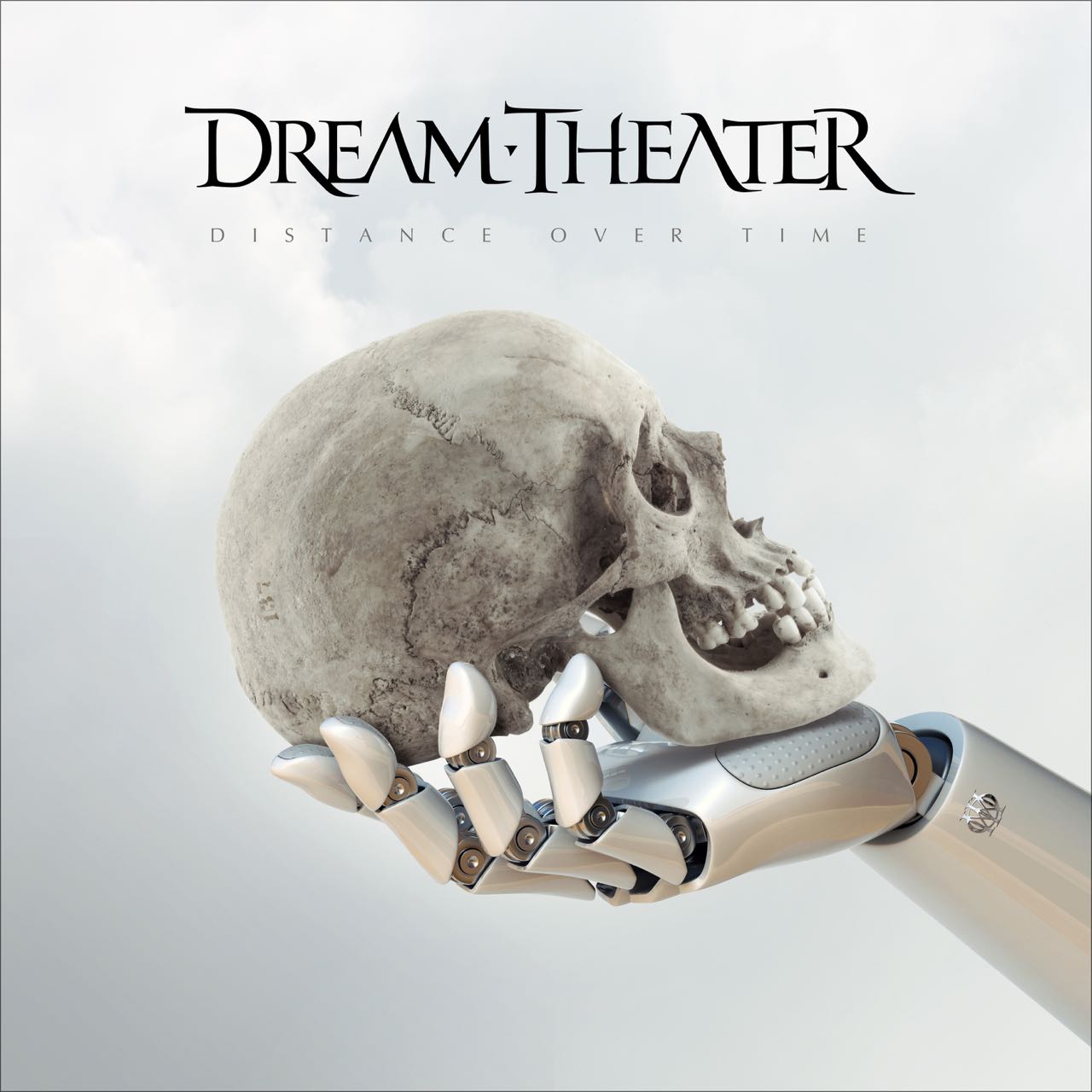 In contrast to some music critics and fans I actually liked ‘The Astonishing’, Dream Theater’s last album; although of course it never reached the level of my favourite DT albums like ‘Train Of Thought’, ‘Awake’, ‘Images & Words’ or ‘Six Degrees Of Inner Turbulence’. Being a die-hard Dream Theater fan since their debut in 1989 I was really curious what the band would come up with now on their new 14th studio album, as the [first] single ,,Untethered Angel” [released 7 -12- 2018] is an excellent classic DT track; meaning complex, diverse, great solos and a very addictive melodic chorus. However, after having listened to ‘Distance Over Time’ several times I truly have to say that it is again no true classic DT album and it cannot stand its ground against prog metal milestones like ‘Train Of Thought’ or ‘Images & Words’. But let me also add some good news, as ‘DOT’ indeed contains five awesome tracks; of which the opener ,,Untethered Angel” is the first. ,,Fall Into The Light” is DT at its best, featuring excellent guitar work, great melodies and lots of diversity. ,,Barstool Warrior” [great title by the way] kicks off with an awesome musical intro and in this song John Petrucci shines extremely bright, as his guitar solos/melodies are absolutely fabulous here. Another highlight is the longest track on the album called ,,At Wit’s End”. This track is classic old-school DT with keyboards and guitar solos galore, emotional vocals, dramatic lyrics [penned by James] and a sublime, out of this world guitar solo at the end of the song. ,,Pale Blue Dot”, the last track, features those typical heavy DT riffs and hooks and that one will be a future live staple without any doubt. Unfortunately, rather mediocre songs like ,,Paralyzed”, ,,Room 137” or the “sweet” ballad ,,Out Of Reach” – only the great guitar solo makes this one worth listening to – never reach the high musical level of the other songs on ‘DOT’. So, DT gentlemen, isn’t it time to give Mike Portnoy a call, or is that completely out of order…..? ‘DOT’ is without a shadow of a doubt a good DT album, but for me good is NOT enough as these guys can do so much better!! But I am afraid that DT will never make albums like `TOT’ or `Awake’, which is sad but true, at least for me…. Finally, some “weird” facts about this album, especially for the die-hard fans. ‘DOT’ is DT’s first studio album with a running time under one hour since `Images And Words’ in 1992. ‘DOT’ is also DT’s shortest album since their debut `When Dream And Day Unite.’ Furthermore it is the band’s third studio album, after `The Astonishing’ and ‘When Dream And Day Unite’, NOT featuring any songs longer than ten minutes. And it is the first Dream Theater album featuring lyrics from drummer Mike Mangini, namely for the track ,,Room 137”. So, that’s all, enjoy the album, play it loud and if you skip tracks 2, 5 and 8 it really is a classic Dream Theater gem!!