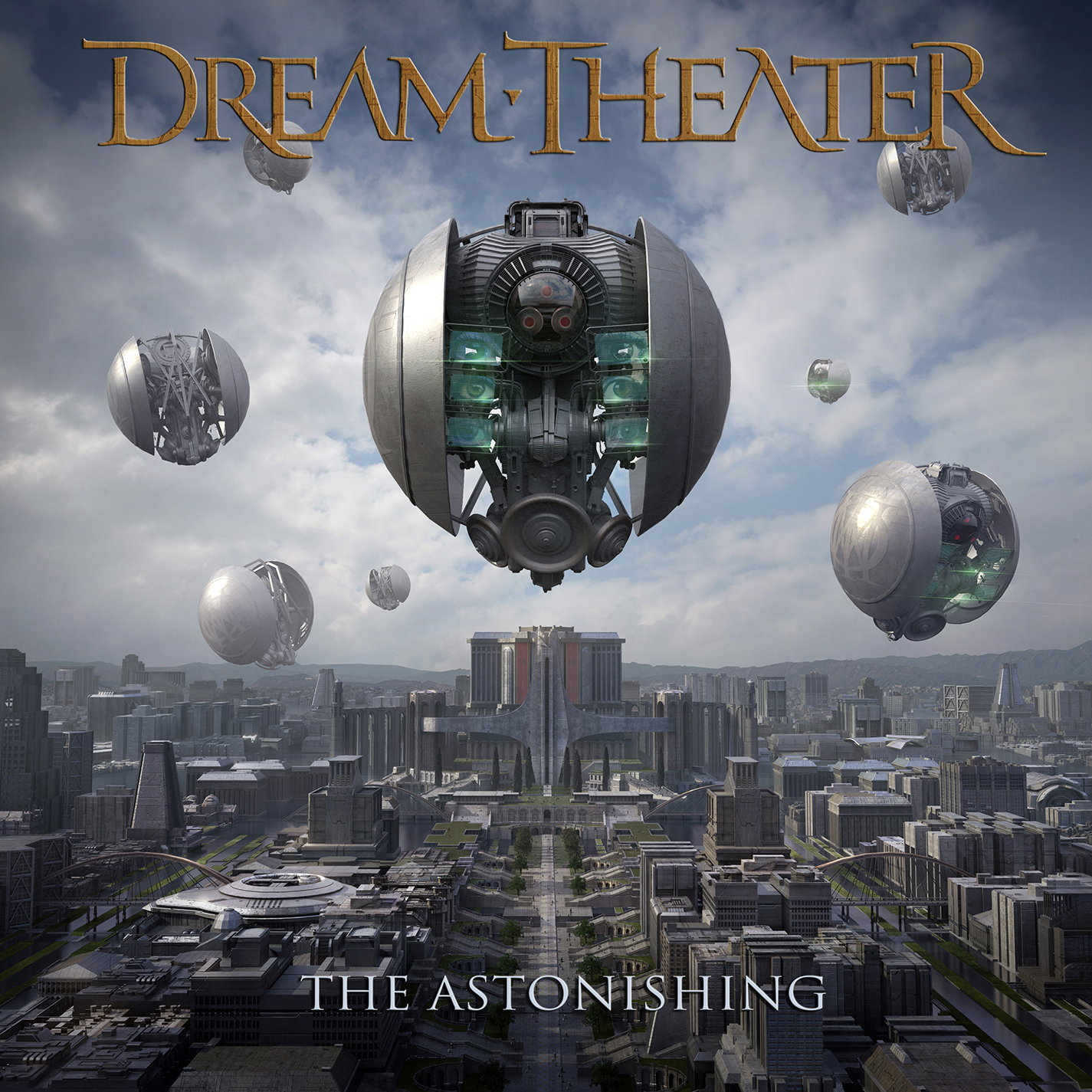 A new product from Dream Theater is always something to look forward to. In a career that started somewhere in 1985 I cannot recall one album that disappointed. ‘The Astonishing’ is studio CD number 13. And I dare to predict that 13 in this case is a lucky number. As I write this I am not completely sure what the plans of record company Roadrunner are for this release, but I must be very mistaken if this is not going to be a double CD. How are you gonna put 34 tracks on one single CD? Yep, 34 tracks that together form a concept. Bandleader John Petrucci (guitar), vocalist James LaBrie, drummer Mike Mangini, keyboardist Jordan Rudess and bass player John Myung have yet again managed to put together a feisty, energetic, melodic and tasty work of art that has all the trademarks that Dream Theater has developed during their career. Some of the tracks are short instrumental pieces, but the bulk are well crafted progressive rock songs that once again prove that the guys in Dream Theater are the undisputed masters of the progressive rock scene. No other band comes close. Listening to ‘The Astonishing’ demands a lot of attention, because the music is complicated and has plenty of variation. Lose attention for a few seconds and you might have missed a brilliant piano part, a piece of a riff or a catchy vocal melody. James LaBrie sings his heart out on this one, showing once again that in fact he cannot be replaced. Without him the band would lose a big part of their identity. When drummer and founding member Mike Portnoy left the group, a lot of people doubted the future of this group. But John Petrucci took over and is the man that stepped up the plate and taking care of the production. With all music written solely by Petrucci and Jordan Rudess and the story by the first one, it has resulted in another masterpiece that does not need too many words to describe. It needs willing ears and yours will be in for a treat. And you know what the best part is? Every time you listen to the album in full you will discover something new, as it is full of surprises, innovating parts and mood changes. There is only one word to describe Dream Theater’s new album: astonishing!