DUKES OF THE ORIENT-Dukes Of The Orient 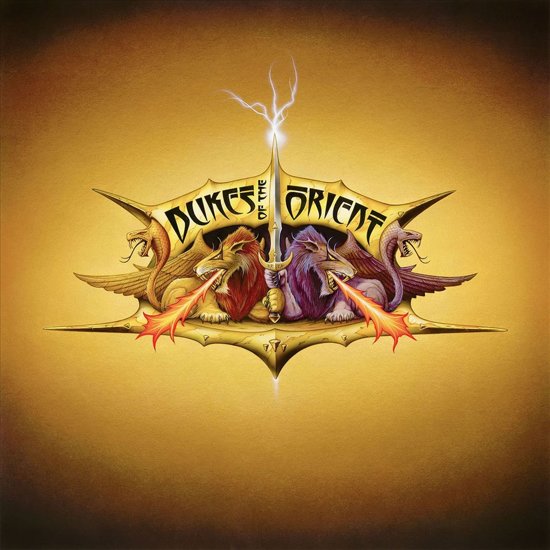 DUKES OF THE ORIENT-Dukes Of The Orient

A little bit over ten years ago keyboardist Erik Norlander (Lana Lane, Last In Line) joined bassist/singer John Payne, drummer Jay Schellen and guitarist Guthrie Govan in Payne’s version of Asia. Around that time John Payne had released also the first, and to date only, GPS album with Schellen and Govan called ‘Window To The Soul’. They toured in the USA and also started recording some material. The album has been ten years in the making as guitarists like Govan, Bruce Bouillet, Jeff Kollman and Moni Scaria came and left the formation. After the death of Asia singer John Wetton, early 2017, Payne and Norlander decided to really finish this project and put a new group together Dukes Of The Orient. The combination of Payne’s deep and big voice works well with the magic that Norlander can produce from keyboards and synthesizers. Yes, it does sound a lot like Asia and GPS, but that is to be expected. What strikes me is the clear and quite traditional analogue sound this album has. Payne and Norlander have made sure that the record is not overproduced, but it still rich on melody and variation. English born Payne who loves American AOR and the American Norlander who loves progressive British rock, it is like two different worlds colliding and proving to be a brilliant combination on this eight track CD that also features ,,Seasons Will Change’’ (old Asia track). Dukes Of The Orient sounds playful, sounds a bit traditional as well, moody yet cheerful from time to time and could be seen as a potential new big name in the progressive and melodic rock scene. The CD has all the ingredients to make sure that Dukes Of The Orient becomes a household name in the genre. Maybe this CD is the one that Asia (with all due respect) has never made….