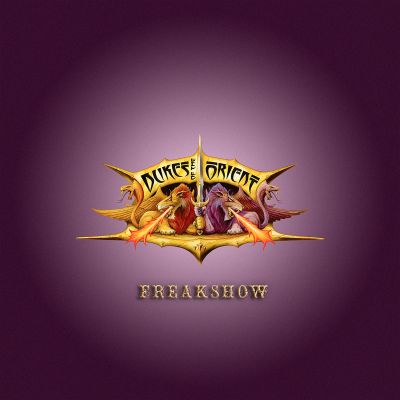 The combination of keyboard magician Erik Norlander and singer/guitarist John Payne worked out well on the first Dukes Of The Orient record that came out in the first months of 2018. The two experienced musicians chose for a style that combined the best ingredients of AOR with progressive elements, they kept the sound and production reasonably simple, making sure the album never sounded overproduced and that method has more or less been applied for ‘Freakshow’ as well. The deep, emotional and dark yet melodic voice of John Payne has always been a joy to hear in his Asia and GPS days and also on ‘Freakshow’ John Payne sounds very inspirational. But it must be said that the big surprise that the duo delivered two years ago has faded away a bit. Don’t get me wrong, this is still quality progressive rock with lots of variation and a quite overwhelming sound but looking at the whole picture ‘Freakshow’ is a bit less impressive. Is it because there is a saxophone used on more than one song? Perhaps, for me that instrument does not really belong in rock music. It is a personal opinion but when I hear that thing on four songs it is way too much for me. On the other hand the band does impress with the instrumental ,,The Great Brass Steam Engine’’ that is driven by Norlanders exquisite and playful musical genius actions on the keys while ,,When Ravens Cry’’ is a gorgeous progressive rocker where John Payne absolutely shines and delivers a five star singing performance full of emotion and depth. Also ,,The Last Time Traveller’’ has these epic singing moments and is a pure joy to hear in its extended version. At the end of the day Dukes Of The Orient has done enough on ‘Freakshow’ to satisfy a fan of this genre, but even they will admit that the first album had more to offer.