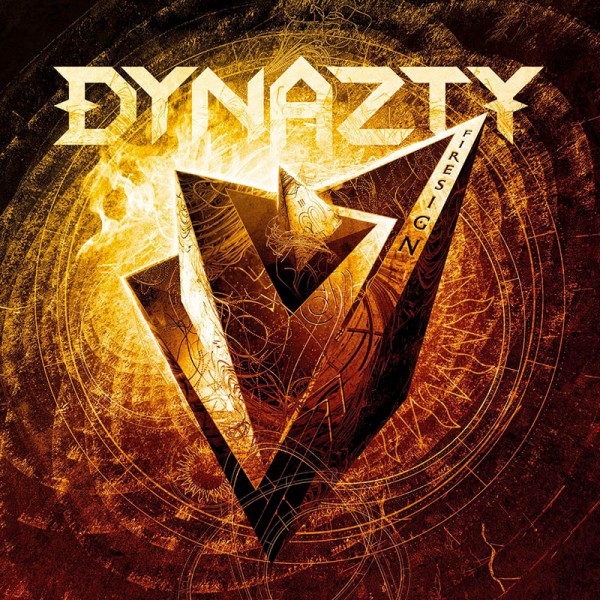 To be honest I have not followed the career of Stockholm, Sweden based outfit Dynazty very intensively. I have some of their material but so far it went in one ear, straight out through the other. So when this new CD ‘Firesign’ came to me for review the expectations were not very high. After listening several times a few things kept sticking in my mind. Number one the vocals of Nils Molin, who by the way joined the band Amaranthe a little while ago and recorded the CD ‘Helix’ with that group. He is really impressive going all over the place. An overall outstanding performance by him. Number two the sound and production of ‘Firesign’ is quite strong. Looking into the production team for this CD you see the name of Peter Tägtgren (Pain/Hypocrisy) who together with Jonas Kjellgren is responsible for a very crisp and powerful mix of the material. The songs are a mix between melodic hard rock with a hint of metal but also a lot of room for keys (Dynazty does not have a keyboardist in the group) and orchestration used to add the necessary versatility to the CD. Number three is the fact that both guitarists Love Magnusson and Mike Laver are going to town on this CD but they do it with style and are both trying (and succeeding) to play in favour of the song. So it is not a matter of guitar heroism but more adding finesse and taste. Especially the solo on the track ,,Starfall’’ is just superb. Still, ‘Firesign’ is not going to be an album that is going to set the melodic metal world on its head. Why? I just gave three sorts of explanations why ‘Firesign’ is a good record. And it really is, believe me. The (small) problem is that the CD sounds familiar, you just more or less can feel what kind of direction the songs are going, so yes, it is a tiny bit predictable. But let that be the only point of real criticism for ‘Firesign’. This record for sure has given me the taste to dive deeper into the past of this band!