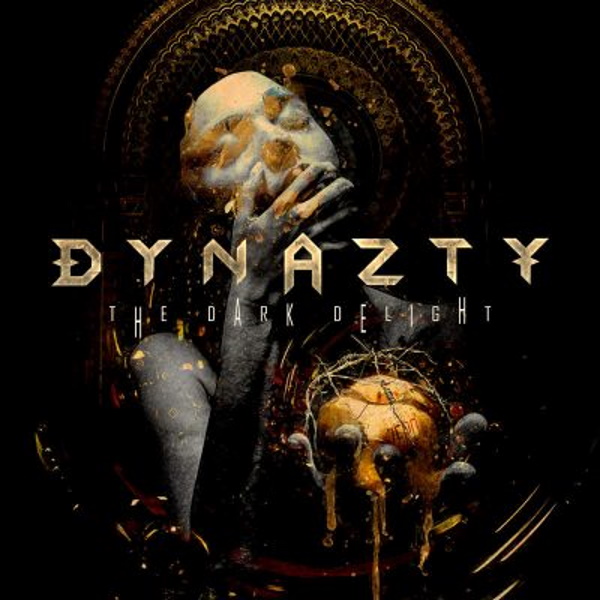 On their seventh epos the Swedish power metal rockers of Dynazty have pulled out all the stops. That is at least the statement made by singer Nils Molin, who is also as successful member of the formation Amaranthe. For Nils Dynazty is a priority as he has been with this group for a decade or more. Most of the musicians of Dynazty also play in other groups in order to make ends meet that with the worldwide coronavirus will be more difficult than normal. Almost every show has been postponed or cancelled and that means no direct earnings for musicians and crew members. Who can they turn to for lost income? The problem these days is that people rather download instead of buying a CD while vinyl has made a comeback but is often pressed in limited quantities, so that source of income for artists is also very limited. ‘The Dark Delight’ is indeed a very worthwhile piece of work by Molin and his partners in crime. The whole record sounds great, has a shitload of dynamics, punches power galore and has some catchy melodies as well. I have actually not heard any fillers at all, it is all systems go when the band kick starts the album with ,,Presence Of Mind’’, a heavy and stomping song that is followed by a similar and just as powerful track called ,,Paradise Of The Architect’’. And as the band soldiers on the level stays high and intact and at stages Dynazty raises the bar a level with an immaculate song called ,,Waterfall’’ that is mostly carried by the amazing vocals of Nils Molin, a catchy chorus and a splendid guitar solo. Add to the whole picture a bit of bombast and we have to come to the conclusion that Nils Molin did not tells fibs by saying the group has pulled out all the stops. They certainly have on this one!