EAGLES OF DEATH METAL-Zipper Down 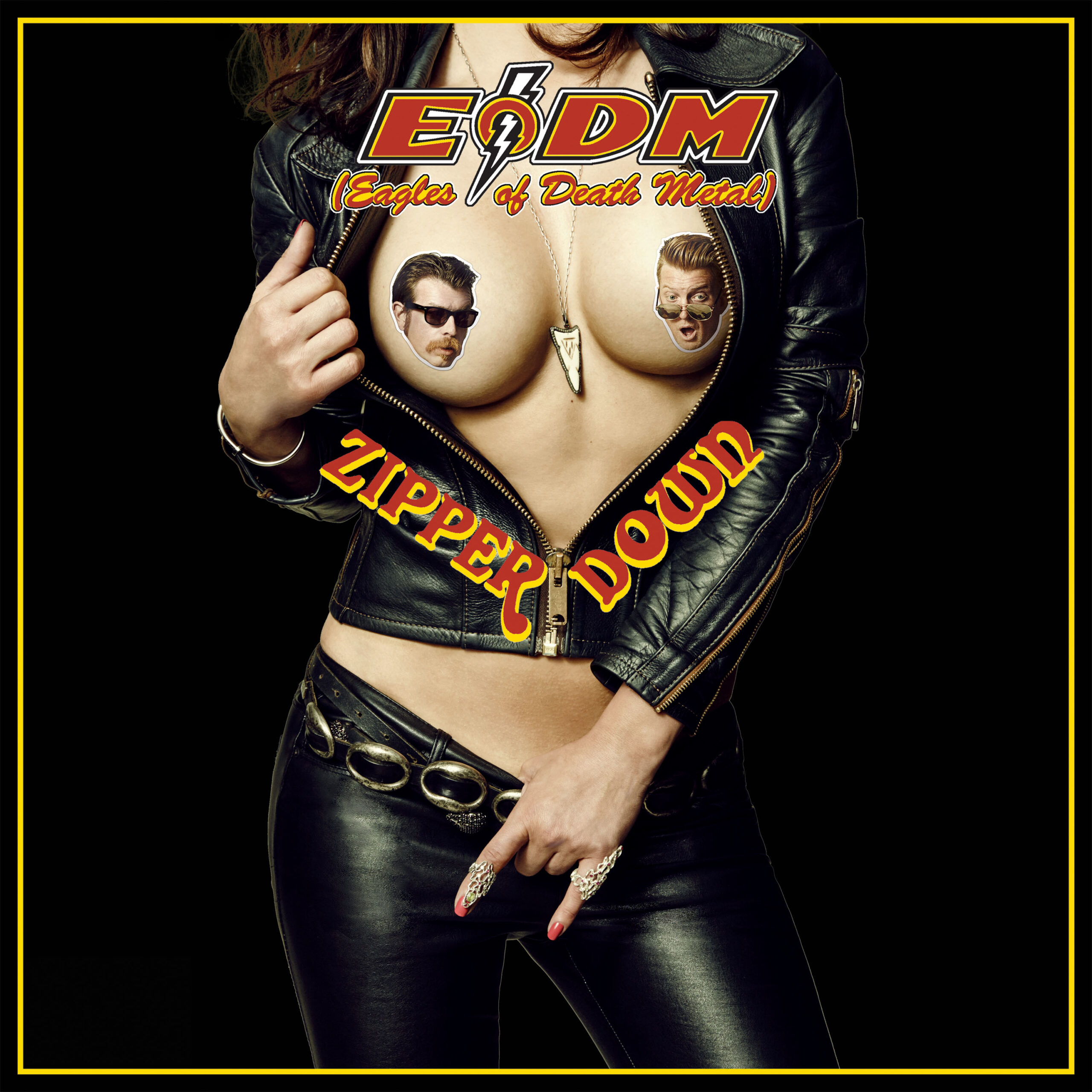 EAGLES OF DEATH METAL-Zipper Down

Eight years after their last sign of life ´Heart On’ comes probably the most sexy album ever. It all starts with a title matching cover artwork showing off a pair of high class tits covered by the heads of the two main characters within the crazy world of the Eagles Of Death Metal, Boots Electric & Baby Duck aka Jesse Hughes & Josh Homme. And the boobs are not the only value proposal to help you decide to buy this record. Once starting the brand new cd ’Zipper Down’ you wouldn’t believe that these lunatics had been gone for so many years. Its like the eight year gap would melt within a split second and the listener realizes immediately how sad a world without the Eagles can be. Since the Queens Of The Stone Age are not visible active right now as well, there is a good chance to see Josh and Jesse finally back on stage together on a full European tour. Fingers crossed that afterwards they don’t disappear again for another eight years.