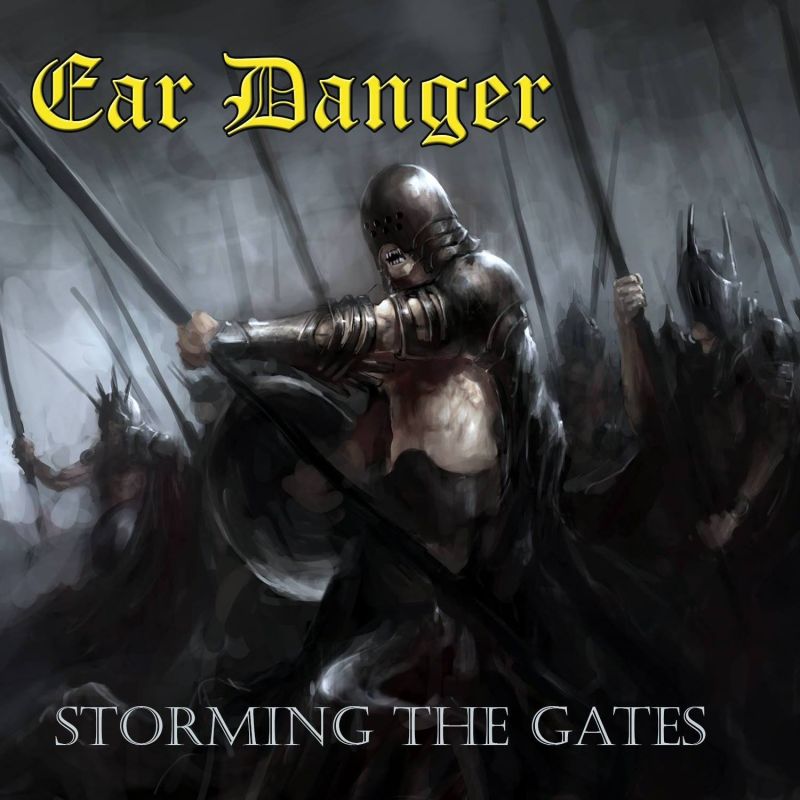 EAR DANGER are from the Netherlands founded in the time of the NWODHM. After their two full-length albums ‘Full Blast At Last’ (2011) and ‘Warrior Soul’ (2014) we have here the mini album ‘Storming The Gates’ with new singer Sander Pastoor while guitarplayer Ivo Metz has left the band. The music is what you might expect from these Dutch guys. Influences from the bands like Blitzkrieg, Angel Witch and even early Saxon. They have recorded four new tracks:,, Wave The Flag“, ,,Blood On The Beach“, ,,Wall Of Shields“ and the title track ,,Storming The Gates“. If you like it old-school, you get it old-school with this EP from Ear Danger. Even the production is soooo 1980’s that the real ‘kick in the butt’ is missing on this album. Certainly not a bad album, but I saw them live a few times and know that they are capable of more. The latest news is that they have recruited another guitar player called Antal Lohmann who is the brother of the other guitarist Leon Lohmann. So normally these two brothers, together with Sander Pastoor, Matt Verschoor [bass] and Dick ‘the Machine’ Vijgen [drums] will push Ear Danger to a higher level on the next record. I’m curious about that one.