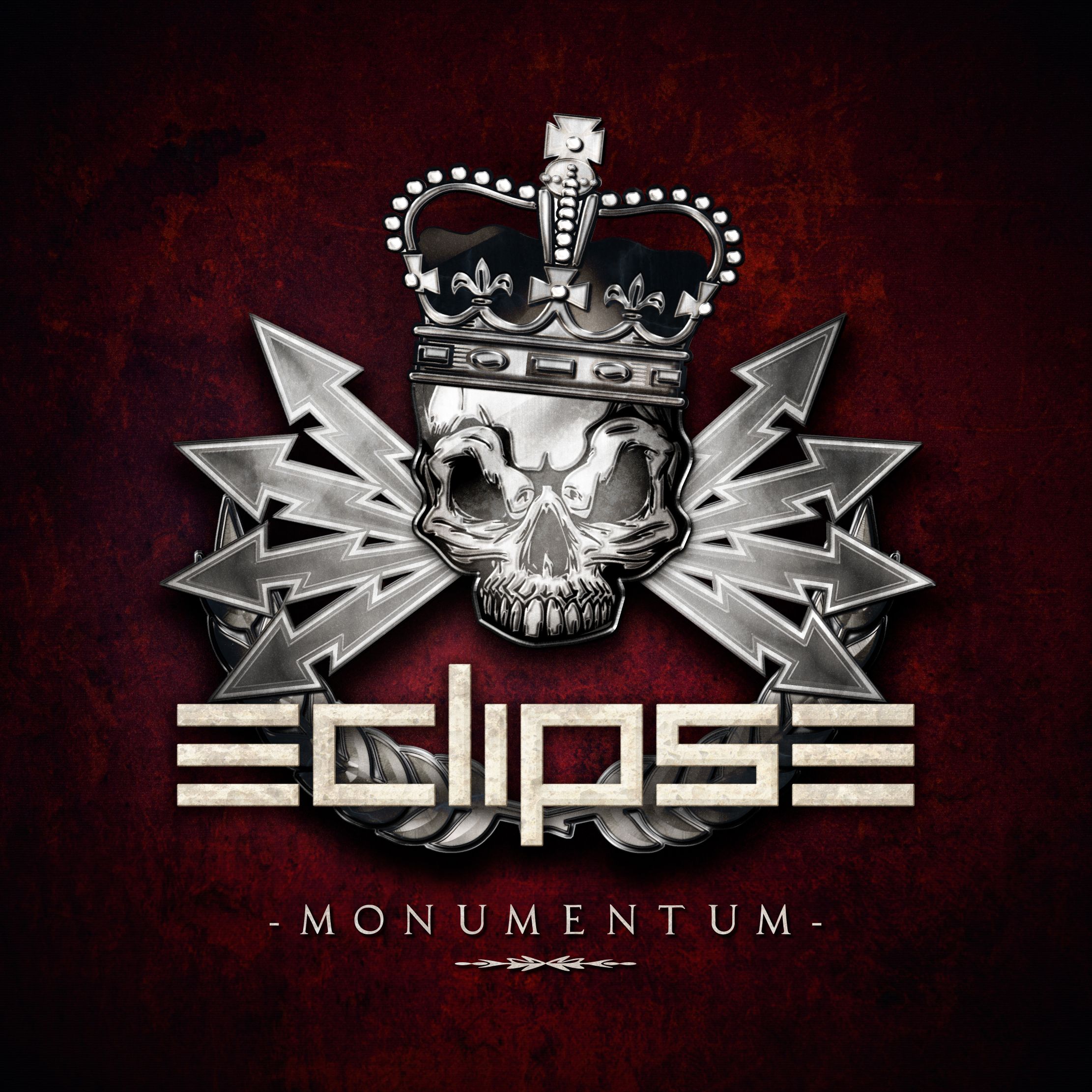 With their sixth album ‘Monumentum’ Swedish rockers Eclipse really have outdone themselves. Guitarist/singer Eric Martensson (also involved with Nordic Union and W.E.T.) explained that if he goes to a concert he wants to see a band that plays songs that make him want to sing along and throw his fist in the air. It is a pity that he has to perform the Eclipse concerts himself because if he would be in the crowd and a song of this CD would be played he for sure would raise his fist into the air. ‘Monumentum’ is your ultimate arena rock record that has big songs and sounds big as well. Maybe even a bit pompous from time to time, but who cares? After being around for 15 years and a bit Martensson and his three mates have absolutely nailed it on this one. They have managed to top already good releases like ‘Armageddonize’ and ‘Bleed And Scream’. Most of the tracks on this record could become crowd favourites, whether it is ,,Vertigo’’ with its crushing tempo or ,,Jaded’’ a very straight forward rocker, or even the Thin Lizzy flavoured ,,The Downfall Of Eden’’, they were written to blast them of the stage into your ears. Even the laid back ballad ,,Hurt’’ would go down live. Maybe I sound a bit too pompous myself perhaps but this record just reminds me of the time that Scorpions released tracks like ,,Big City Nights’’. Eclipse sound so tight and together on this CD that it is almost scary. You just have to undergo this to understand what I mean. Some records are just meant to play bloody loud and this one is one of the ultimate examples! Great job!