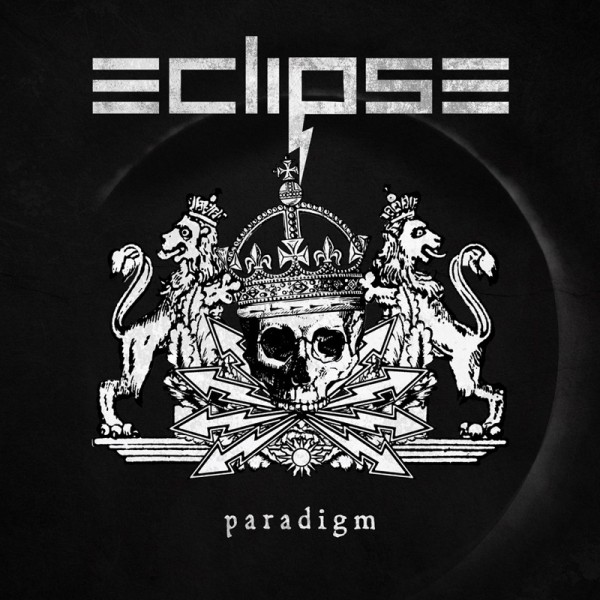 Eclipse is a Swedish rock band formed in 1999 and ‘Paradigm’ is their 7th studio album. Main man Erik Martensson [guitars and vocals] is responsible for the massive arena choruses, catchy refrains and heavy familiar guitar melodies. The first single of ‘Paradigm’ is called ,,Viva La Victoria” and this neo-classical melodic full speed opening track indeed defines this album completely; full blast ahead it is!! Furthermore you can enjoy eighties related rockers like ,,Mary Leigh”,  ,,Delirious” and ,,Blood Wants Blood”, which really hit you in the face and are probably the best tracks on this album. The rest of the song material is, to be quite honest, ok, but no more than that. In fact Eclipse sometimes, take for example the song ,,United”, sound like a run of the mill band; meaning: flavourless and highly unoriginal and to be fair, this is sad but true, as Eclipse has seen better days and made better albums. None the less, if you like melodic power rock and have never heard an Eclipse album before you might probably like ‘Paradigm’. However, if you have been a fan of the band and liked their older albums then you might be in for a [not so pleasant] surprise. Anyway you have to check it out for yourself; best listening track: ,,Mary Leigh”!!