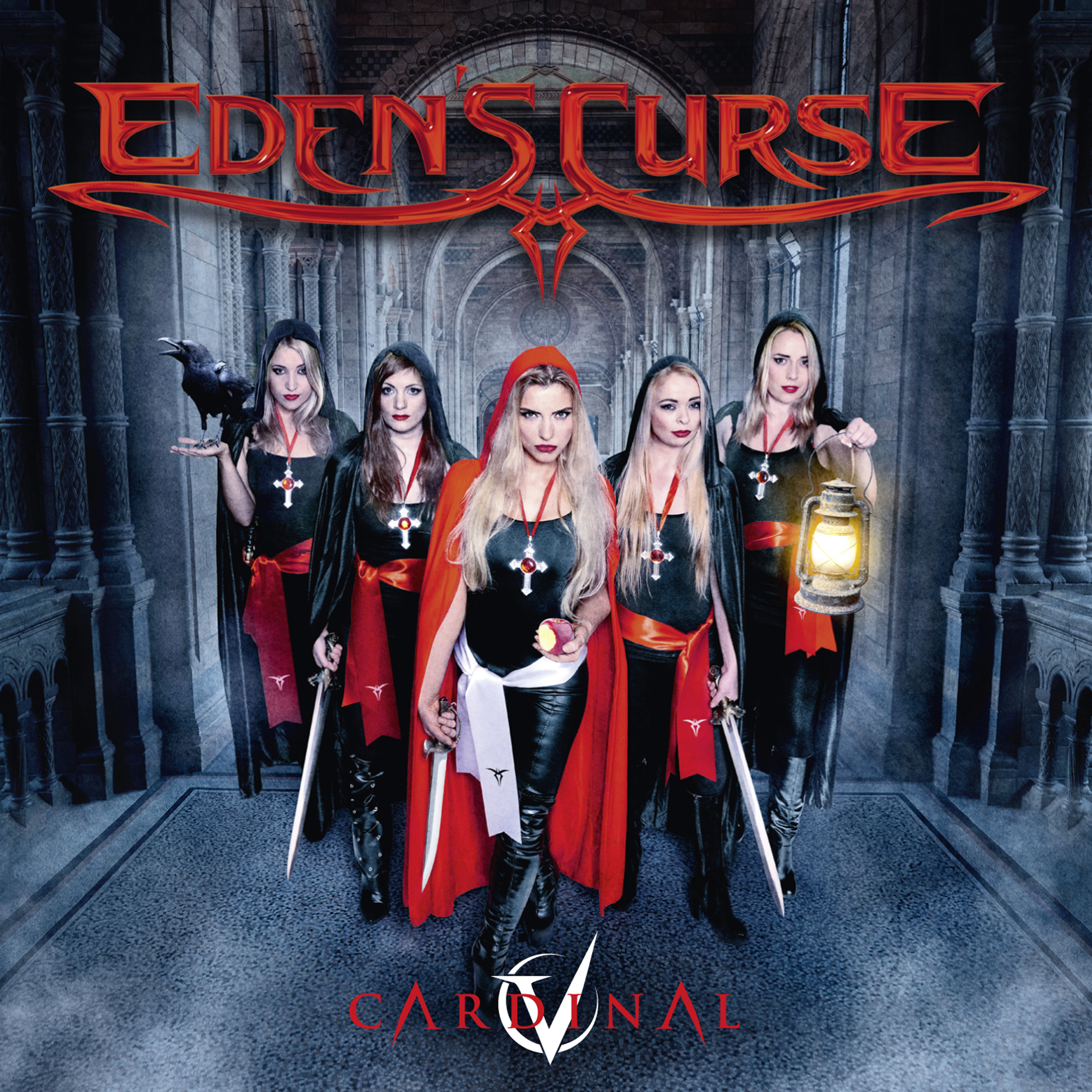 The guys from Eden’s Curse have been banging on the door for about ten years now and ‘Cardinal’ is the sixth piece of their hard labour in those years. According to guitarist Thorsten Koehne and bass player Paul Logue the band have worked about two years on this album, leaving no stone unturned when it came to song writing, recording and making sure ‘Cardinal’ would become the best release so far. The band has put a lot of effort in the details. There is enough happening on the album, songs are twisting and turning constantly, the mood changes and even some small changes in style can be noticed. Take for instance ,,Unconditional’’, which is a pretty commercial track for Eden’s Curse where singer Nikola Mijic shares the microphone with singer Liv Kristine for a sizzling duet. The song even has a few poppy influences and who knows if a radio station or two might pick the song up. New keyboard player Christian Pulkkine has not needed a lot of time to blend in with the rest of the group. His input in several songs is quite substantial and there are some dazzling interplays between him and guitarist Koehne (,,Sell My Soul’’ for instance). The band still produces a mix between melodic heavy rock and more progressive metal and this time that also has given us two real epic tracks like ,,Jericho’’  and ,,Find My Way’’ (that has several ballad like parts). Without a doubt these two tracks (clocking over seven minutes each) are the outstanding songs on ‘Cardinal’ as they both showcase what this group has in store. Especially ,,Find My Way’’ has a lot to offer with its big background choirs, its dramatic character and the heavy instrumental interlude in the middle of the song including some playful keyboards. The other material is quite convincing as well and a bit more conventional. If you are into stuff like Avantasia, Masterplan, Rhapsody or Secret Sphere I think that ‘Cardinal’ could fit into your collection as well.