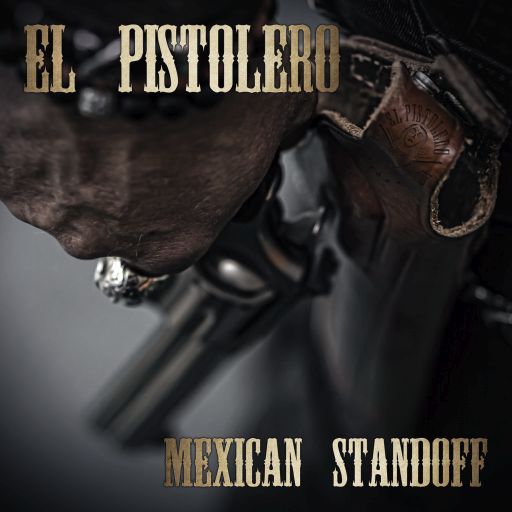 The German hard rockers of El Pistolero are active since 2012 but had to wait all these years to finally get signed. After a few changes in personnel resulting in the arrival of singer Alex Blockmann and guitarist Chris Kaczynski things went more crescendo and their first album is now ready to be launched existing of seven new tracks plus a handful of older compositions that after some rework made the cut. These boys absolutely do not hide their examples and influences mentioning AC/DC, Airbourne, Rose Tattoo and Motörhead as most influential. That is clear when you hear the music. It is hard, raw, loud, simple and straight in your face and up your bum. A tight rhythm section that holds a beat, two guitarists firing simple yet effective riffs and solos at you and a vocalist that might not have a subtle technique but has the aggression of a bull that has gone wild and he fits in with the rough and ready, straight ahead metal of the band. The twelve songs do not really differ much from each other, whether you hear the furious starter ,,Sticky Fingers’’ or anything else that follows after that. The band has the foot firmly on the pedal as it is full steam ahead. I don’t mind this at all as El Pistolero clearly enjoy what they are doing. They don’t give a damn not being very original. Pretty sure that if you like the above mentioned bands and add to that for instance The Treatment you’ll have a pretty good idea what El Pistolero is all about. Take it with mucho gusto or leave it!