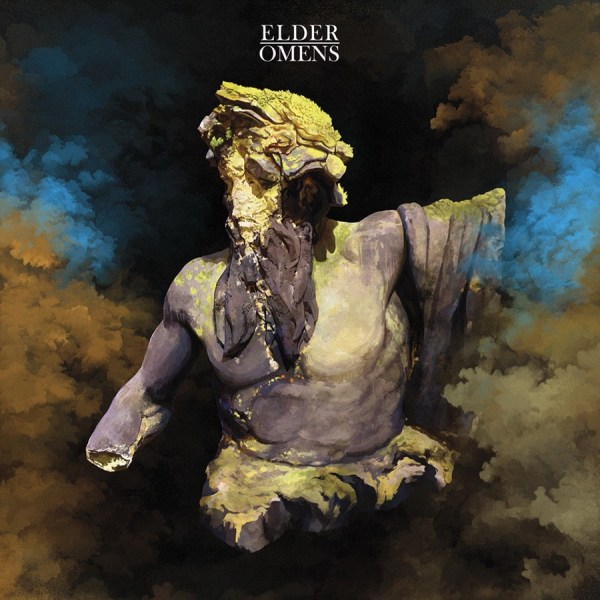 Elder is a band that originally hails from the USA, but resides in the German `Art’ city Berlin for a while now. Also these guys apparently have been around for quite some years and although they have released several demos, albums and split rarities, I haven’t heard of them before. So let’s hear what their brand new album `Omens’ has to offer and on which two new band members are debuting [guitarist Michael Risberg and drummer Georg Edert]. First of all there are ‘only’ five tracks on ‘Omens’, but no worries, you get a total of 54 minutes playtime here. As to be expected we get long stretched songs having an average playing time of somewhere between nine and twelve minutes each, all handled with good musical skills that show these guys are experienced musicians. Elder taps into the progressive, psychedelic, heavy rock genre, enfolding stoner influences and snoozing atmospheric vibes as well, plus specific synthesizer sounds deepen the psychedelic trip experience at certain moments. The music alternates in heavy and lightweight arrangements, bits and pieces and epic mood swings, yet with a heavy modern tough, and my guess is a lot of the music arose from long instrumental jam sessions that took the band to another cosmic entity for a moment. Georg Edert’s drum style is very dynamic, firm and present, which gives the album a great proggy and heavy boost as well as a steady foundation. Though the bass lines seem to vanish in all of this completely. The album is mostly about many long instrumental sections in which guitar melodies, harmonies and synthesizers outbursts are foremost in the lead, telling a story to those who are willing to listen. `Omens’ is an experimental, yet structured musical adventure, roaming through various musical landscapes within the genre. The only thing that doesn’t really strike me are the sporadic vocals. It does the job on a certain level but to me there are better singers out there. Other than that this space encounter was worth the trip.