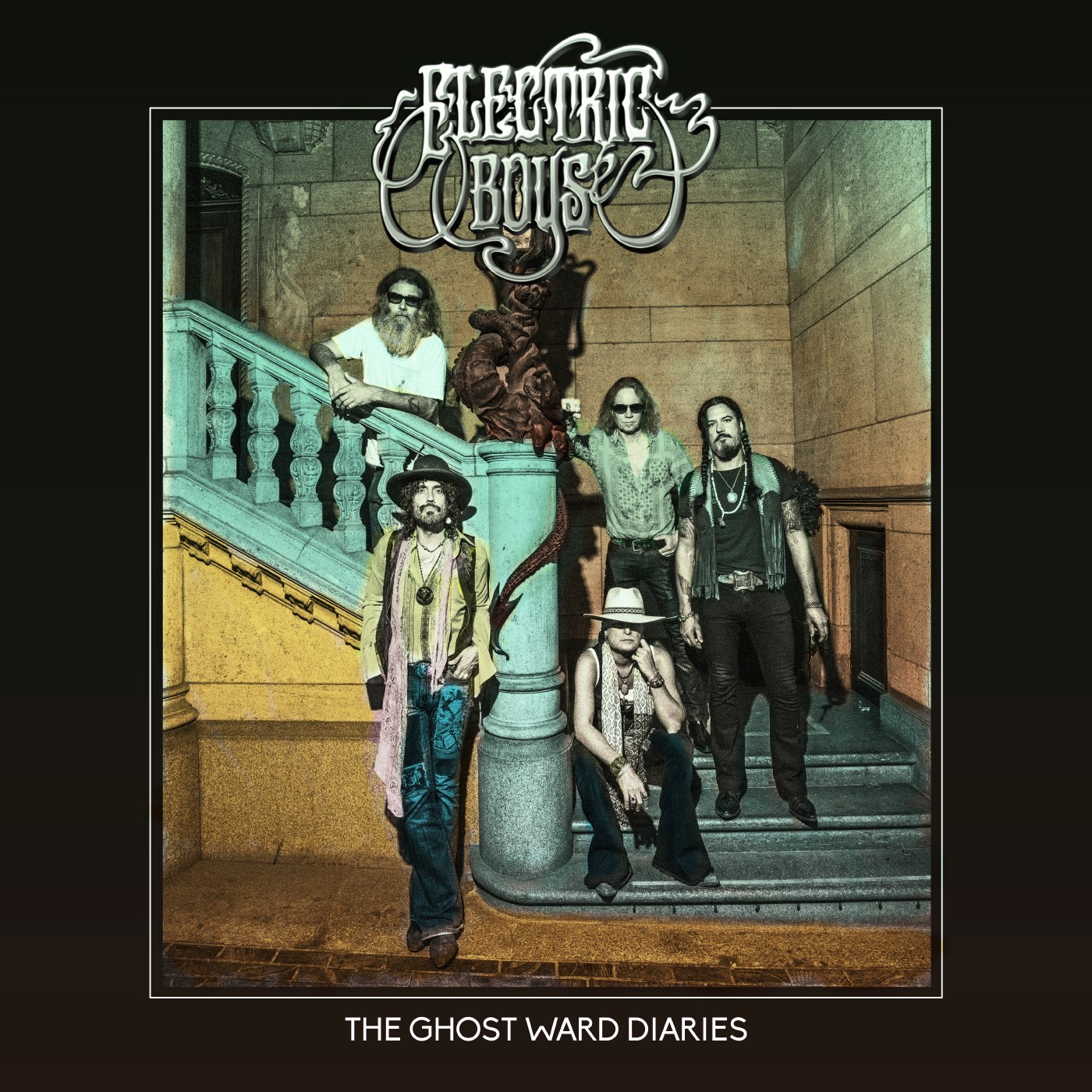 With the albums ‘Funk-O-Metal Carpet Ride’ and ‘Groovus Maximus’ Swedish formation Electric Boys rode along on the psychedelic funk rock scene that was quite popular in the early nineties. Although not as successful as for instance Red Hot Chilli Peppers and Faith No More the band did alright but things changed soon after that. First the band was dropped by their major label and had to settle for an independent company and there was a change in line-up. Singer/guitarist Conny Bloom and bass player Andy Christell [both founding members] also changed the musical formula for the third album ‘Freewheelin’’, playing more a bluesy rock style that did not bring them many laurels. Soon after that Conny and Andy went their separate ways but both joined Hanoi Rocks in 2005 and began making plans reuniting Electric Boys releasing another two records in the last years. On ‘The Ghost Ward Diaries’ the original line-up [with guitarist Franco Santunione and drummer Niclas Sigevall] is present although also current The Quill basher Jolle Atlagic has a spot in the current line-up. In 2018 Electric Boys stands for a decent portion of melodic rock, most of the time up-tempo with some flashy guitar work while Bloom is after all these years still a singer that needs to be heard. What I find lacking is a few songs that really pull the total level up. Now when you listen to the album as a whole it is entertaining enough but a few songs that kick are not really there except maybe for ,,Love Is A Funny Feeling’’ that with the orchestra on the background sounds energetic. ,,Gone Gone Gone’’ is a nice bluesy rocker as well that picks up pace towards the end while ,,Swampmotofrog’’ is a high energy instrumental. So at the end of the day ‘The Ghost Ward Diaries’ is without a doubt an album where Electric Boys has reached an overall good standard and a tasty mix between hard rock, a sniff of blues, a snippet of funk put together. A few more top notch songs would have been welcome but maybe that is something the band keeps in store for a next one. Far from disappointing!