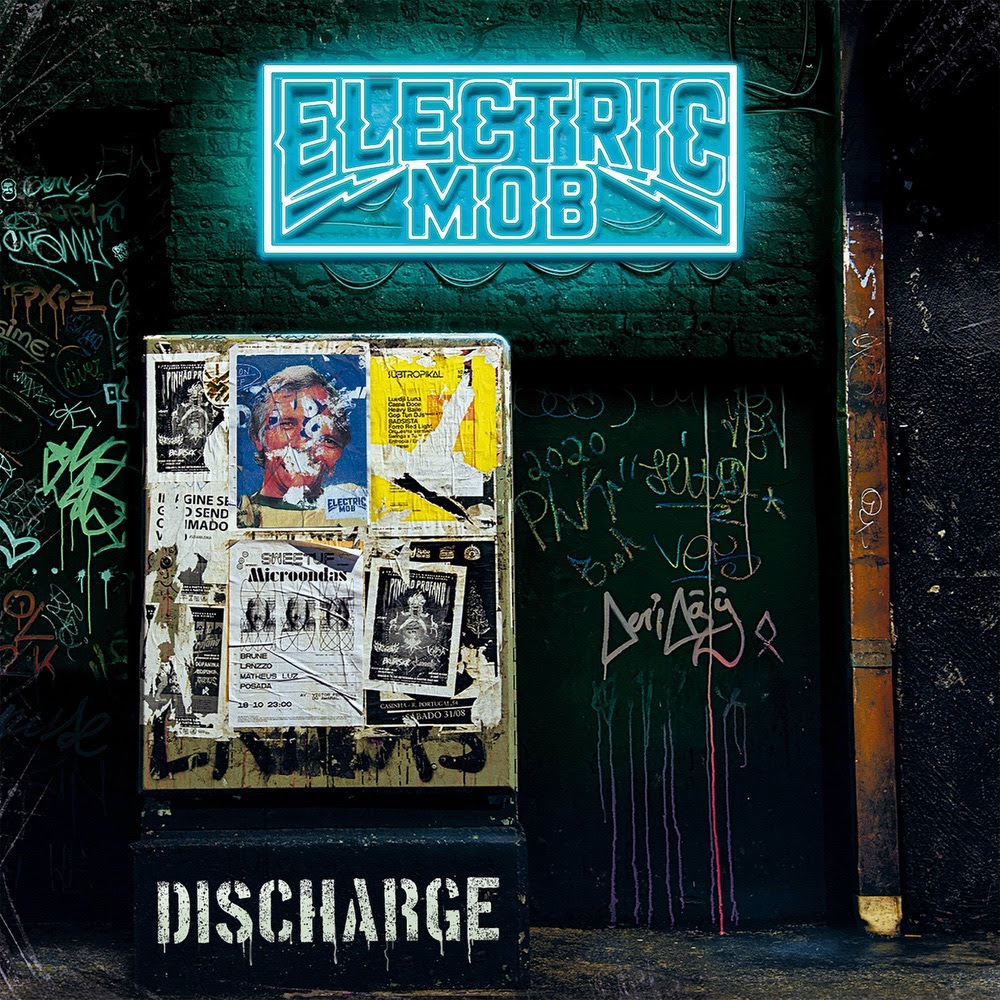 Not every band that Frontiers presented as a new singing in 2020 and gave those groups the chance to put out their first album was a success. I mean the albums of Her Chariot Awaits and Sembiant were rather mediocre and added in my opinion not much to the big roster of the label. The four piece outfit Electric Mob hailing from Brazil is a different piece of cake. When we are talking about Brazil the names of Angra, the Cavalera Brothers and Sepultura have for years been the most famous and successful export products by the country that is also famous for their superb soccer players and beautiful beaches. The four musicians in Electric Mob (singer Renan Zonta, guitarist Ben Hur Auwarter, bass player Yuri Elero and drummer Andre Leister) have listened to the classic seventies and eighties hard rock groups and have taken elements of that period into their music and mixed that with their own capacities. Their driving and hard edged sound reminds me at moments of a band that only lasted a few years but made a great impact: Badlands, the band with Jake E. Lee on guitar, Greg Chaisson on bass, Jeff Martin on drums and the one and only Ray Gillen (who died way too young) on vocals. Electric Mob has the same approach with their no nonsense and very direct riff based rock sound. Songs like ,,Far Off’’ and ,,King’s Ale’’ are two tracks that could have come from the duo Lee/Gillen based on big and heavy guitar riffs and grotesque singing by Renan Zonta, who participated some years ago on The Voice Of Brazil. But the songs are performed by Electric Mob who with this twelve song rock monster have provided a musical calling card that simply can’t be ignored. The production has been kept pretty simple, no fuzz, no gimmicks, no tricks, just pure rocking and rolling exactly the way it should be. This record is hopefully going to put Electric Mob on the map in Europe, North America and other parts of the world. If you are into classic and melodic metal with big vocals ‘Discharge’ is most probably your thing to go for.