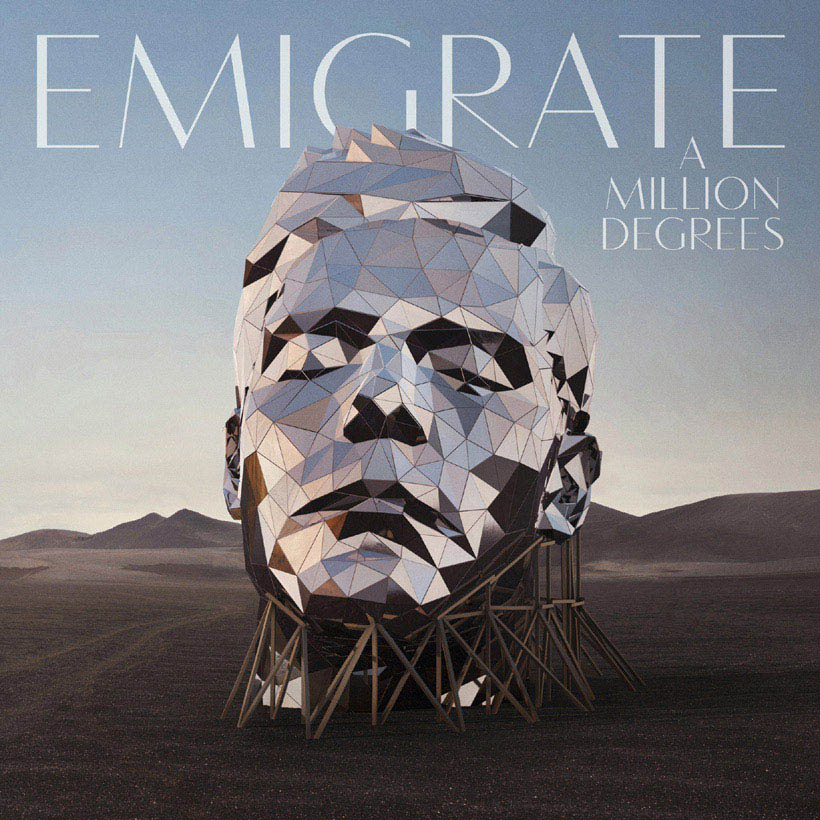 While fans are waiting for the upcoming Rammstein album [the first in almost ten years], guitar master Richard Z. Kruspe is using his “free” time to smash the third output of his solo project Emigrate into the world. Rumour has it that the album was already finished in 2014 but Kruspe was waiting for the perfect moment to release it. Unfortunately, due to a water incident, all recordings were destroyed in 2015 and the work had to start all over again. Now, to end the year 2018 and with an outlook of an upcoming Rammstein album, including a huge stadium tour, the moment seems to be right for this release. The cover artwork shows Kruspe’s face as kind of a construction of diamonds. If you take into consideration that a diamond can’t be melted but only transformed into graphite, the title ‘A Million Degrees’ can be understood as being invincible, which would fit to any member of Rammstein. To the music: the overall sound isn’t too far away from what Kruspe would deliver for a Rammstein album but it brings far more experiments to it. Especially due to the fact that he managed to get some very interesting guest vocalists on the album. On top of the list is Ben Kowalewicz, singer of Canadian rockers Billy Talent. He even sings in German, even though it’s only counting to four on the first single output ,,1234”. Another very interesting guest vocalist is Ghost’s very own Cardinal Copia, who’s voice fits perfectly in the song ,,I’m Not Afraid”, a Depeche Mode like tune that combines 80s, 90s and modern times at the same time. And last but not least, the final puzzle piece into 2019: Till Lindemann is singing on the song ,,Let’s Go” changing languages between him and Kruspe from English to German. All in all, ‘A Million Degrees’ isn’t just a musical output from a bored musician with a main band on a break but more like an amazing musical experiment for everyone with an open mind.