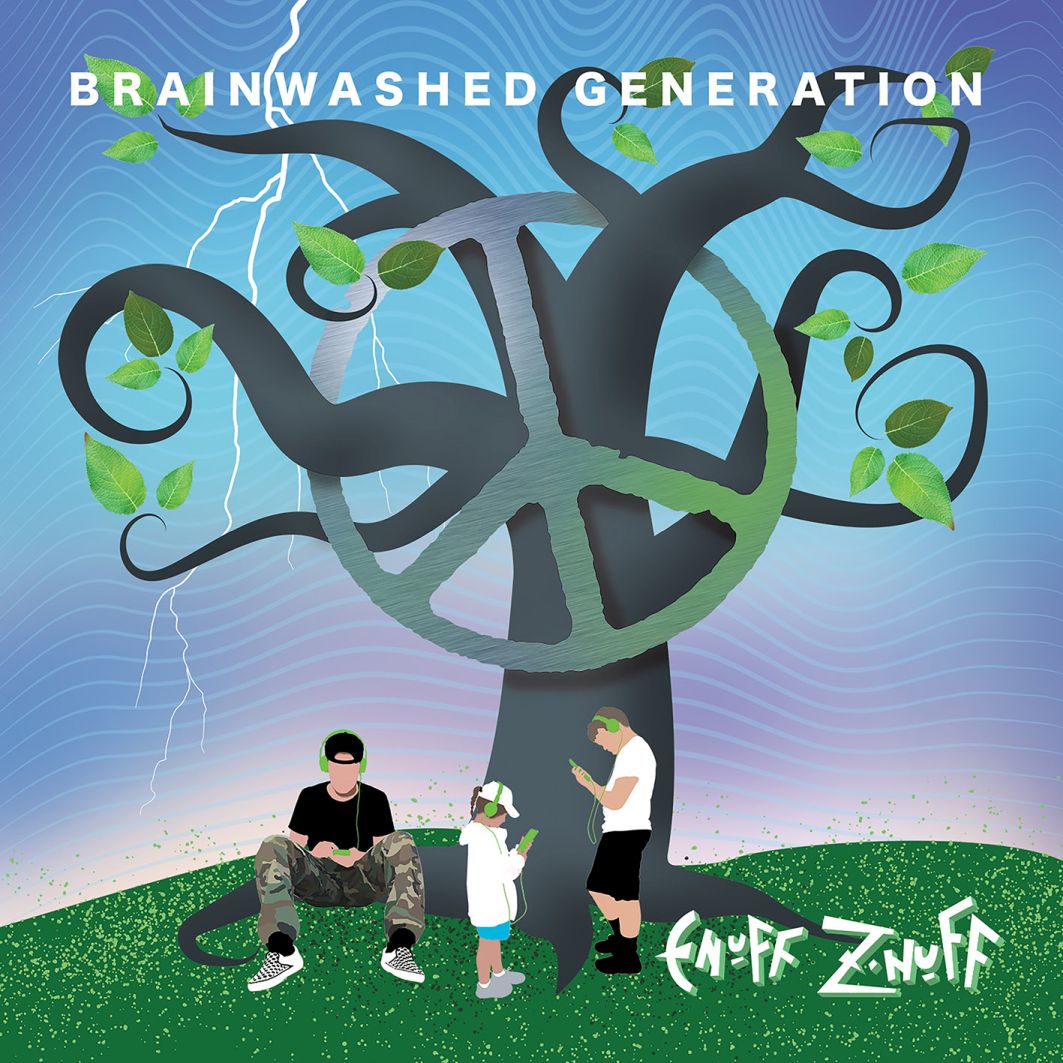 American pop rockers Enuff Z’Nuff have always been undervalued but never really drifted away from what they do best, no matter what the line-up was and is. They started in 1984 and released their self-titled debut album in 1989, which produced hits like ,,Fly High Michelle’’ and ,,New Thing’’. The history of Enuff Z’Nuff is one of musicians dying or leaving, with nowadays bassist Chip the only remaining original member who also took over the singing job. The current line-up, besides Chip, consists of guitarists Alex Kane, Tory Stoffregen and drummer Dan Hill. The 15th studio album is called ‘Brainwashed Generation’ and contains 9 songs (and a short intro) totally in the style we know from the band: well produced, well arranged, easy on the ear; tunes with a positive vibe, a lot of attention for layered vocals and a laid back (Beatlesque) atmosphere. The first song ,,Fatal Distraction’’, is a song from a demo they recorded before their debut and was then called ,,Fatal Attraction’’ with Donnie Vie on vocals. The new version is more laid back, like the overall singing on the album is very laid back and shows Chip is the perfect man for the job. Guitarist Tony Fennell (who had a 3 year stint with the band and recorded ‘Clowns Lounge’ (2016) and ‘Diamond Boy’ (2018) with them) can be heard on ,,I Got My Money Where My Mouth Is’’ and he is not the only guest. Drummer Mike Portnoy guests on ,,It’s All In Vain’’ (with a great end solo) while current Cheap Trick drummer Daxx Nielsen plays on 4 tracks, among which ,,Drugland Weekend’’, the ‘heaviest’ song on the album. I don’t think Enuff Z’Nuff will gain a lot of new fans with this album, but it is a welcome addition to their already rich catalogue and will bring a smile on everybody’s face.