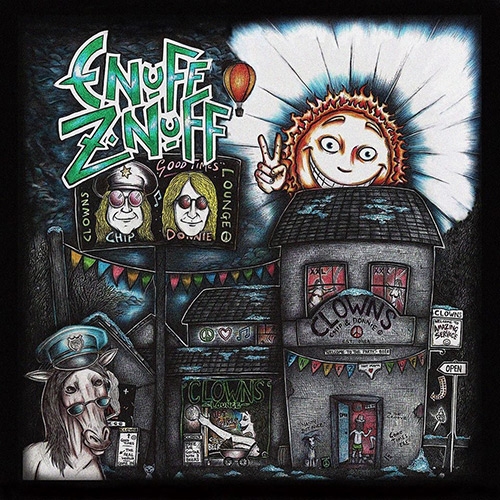 December 7, 2016 by Michel van de Moosdijk - More about our team

With their looks and sound Enuff Z’Nuff were quite successful in their heyday. Using heavy make-up, looking flamboyant and acting cocky the band produced songs that were a stunning mix between hard edged rock and pop. After nineteen albums through the years Enuff Z’Nuff is a household name. The debut album ‘Enuff Z’Nuff’ had two hit singles but strange enough after that the band kept switching record companies and kept making albums and toured their butt of, but the real big break through never came. They never really became what people had expected after the success of the debut album. And when singer Donnie Vie called it quits in 2013 because of poor health and being disillusioned with the scene, it seemed the end was near. But bass player and founding member Chip Z’Nuff is now singing as well and the band is yet again back in business (or better said still in business) and is to embark on a US tour with Ace Frehley very soon. ‘Clowns Lounge’ is album number 20, but it is not a record with new material. The bulk was written by Chip and Donnie many years ago and more or less got locked into a vault. Now the current formation has rerecorded the songs and finished them. There are also some parts where Donnie Vie and guitarist Derek Frigo (who died in 2004 from an overdose) are involved and on the track ,,Devil Of Shakespeare’’ Styx guitarist James Young can be heard while the now deceased Warrant singer Jani Lane shares the vocal parts. But to be quite honest about this album you can just hear that we are dealing with leftovers. It is all nicely played and The Beatlesque influences in the choirs are still charming, at the end of the day ‘Clowns Lounge’ is just a vehicle for the band to have something to tour on. It just does not have the quality of the first three albums. After about six songs or so you get this feeling that this album becomes a boring piece of work. Only suitable for the diehard fans of this group.