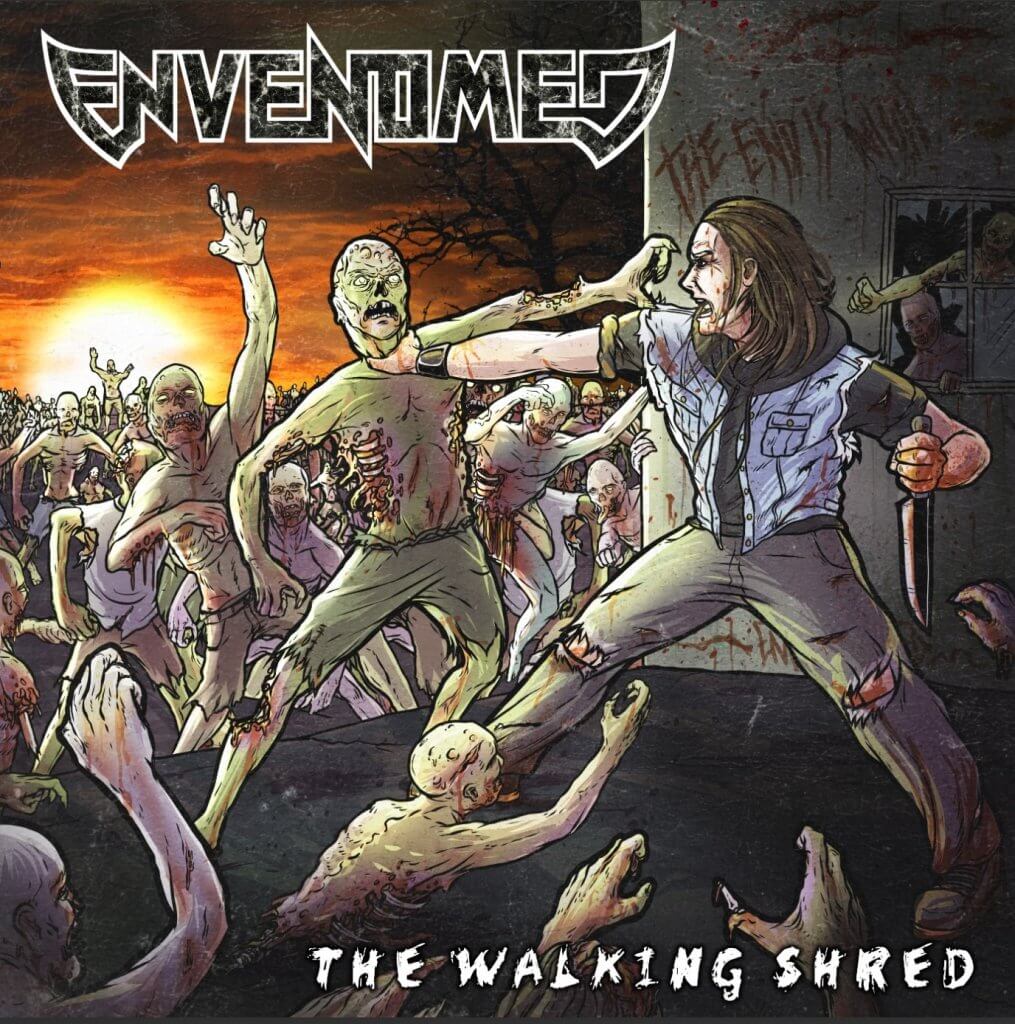 The latest releases from Flotsam And Jetsam (‘The End Of Chaos’) and Death Angel (‘Humanicide’) prove that melodic thrash/heavy metal is still alive and kicking. I am not saying now that the third album of Melbourne, Australia based quartet Envenomed should be put in the same league as those two veteran bands but on ‘The Walking Shred’ these Aussie guys reach a level that I honestly had not expected. The 12 tracks on ‘The Walking Shred’ (cover and album title seem to be inspired by the TV-series ‘The Walking Dead’) in more ways than one kick ass, whether you are talking about riffs that are as solid as a rock, crunchy vocals, some neck breaking speed or gut wrenching solos. The only tune that really is a bit out of place is the bands interpretation of the Lenny Kravitz hit song ,,Are You Gonna Go My Way’’ and in some cases the obvious influences of bands like Metallica, Maiden etcetera shine through too clearly perhaps (,,Metal United’’) but in reality there is hardly anything wrong with the metal recipe that singer/guitarist Anthony Mavrikis, bassist Tom Nugara, drummer John Price and guitarist Brendan Ferrugia have cooked up for us. Songs like ,,Sacrifice’’, ,,Rebellion’’, ,,Aware’’, ,,The Dead’’ and ,,Abandon Hope’’ sound convincing and are bone hard. Yet this band has a good eye for melody as well as they prove with ,,Fate Closes The Door’’, that sounds quite different from the rest with its melodic character. With this album Envenomed hopes to further establish their reputation, not only in Australia but also in Europe where their album should go down well. An unexpected but very welcome surprise from Down Under!