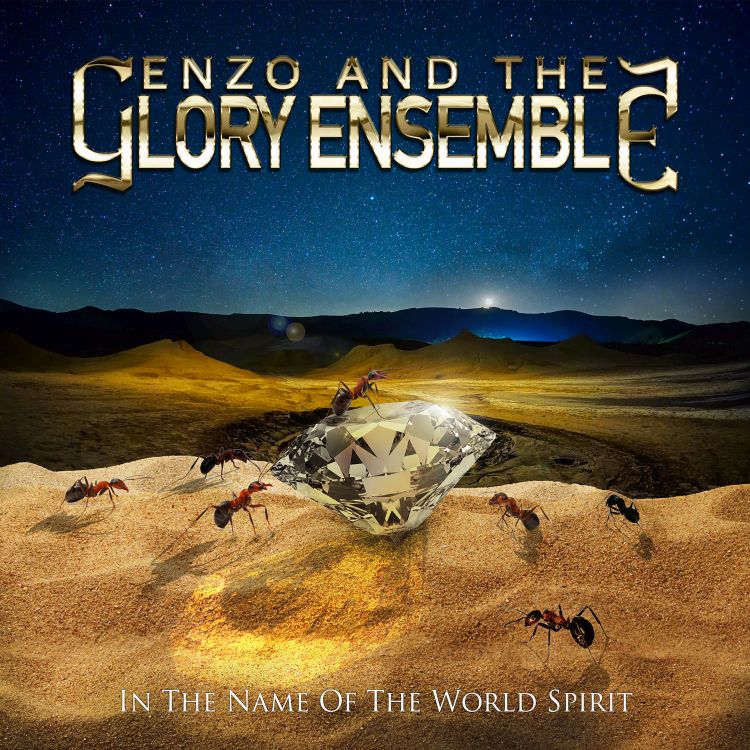 This is a weird and a difficult one! Enzo Donnarumma is an Italian born Christian composer, singer, producer and guitarist who delivered a third CD under the moniker Enzo And The Glory Ensemble. It is the final album of a trilogy that started with the albums ‘In The Name Of The Father’ and ‘In The Name Of The Son’. This is not everyone’s album as Enzo and a big team of known and less known musicians are trying to bring music to the people that builds a bridge between western and eastern cultures. The music is a mix between classic rock, symphonic rock, ethnic music, new age and world music, described as a metal opera or even gospel metal as on this CD a big choir (Weza Mezai Choir from the republic of Congo) plays an important role. Some of the musicians that participate are singer Ralf Scheepers (Prima Fear), guitarist Marty Friedman, Steve Vai Band bass player Philip Bynoe, Orphaned Land vocalist Kobi Farhi and Shadow Gallery duo Gary Wehrkamp (involved with the production as well) and Brian Ashland (vocals). The difference between the songs is enormous, worlds apart even. ,,My Pillory’’ for instance is a fast and furious progressive metal song while ,,The Bronze Age’’ is a bombastic symphonic track. So far so good as both songs are really cool. But when you listen to ,,Try To Put The Pit In Fear’’ is like listening to something from another world (India for instance). It is jumpy, I admit, and well put together but this is way too different. It is nice that Enzo is trying to unite cultures by jumping musical borders as he sees fit but he seems to be preaching and practising for the happy few as I don’t see a regular fan of Primal Fear, Megadeth or Shadow Gallery digging this. It is a brave and daring effort, for sure, but I have trouble guessing what kind of an audience Enzo is trying to reach with this potpourri. Hats off to him for trying to be different and for the fact that the whole effort is put together with thought and finesse but even for me this has been a weird and at the end of the day too mixed ride. For the people that don’t mind a musical adventure, here it is. Amen.