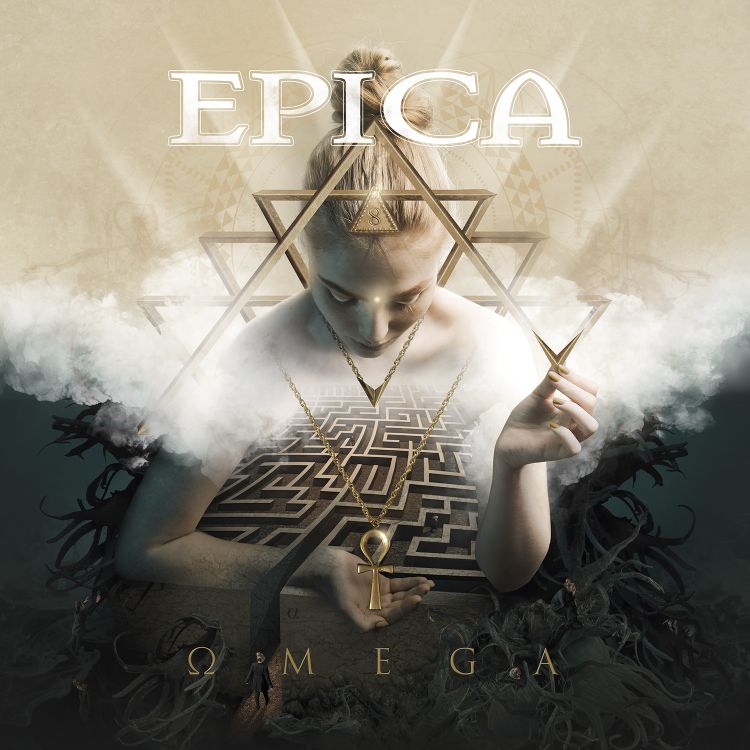 February 5, 2021 by Raymond Helebrand - More about our team

Every time Dutch symphonic metal titans Epica are about to release a new album fans are getting excited. The release of ‘Ωmega’ is no exception to that. Better yet, after the release of 2016’s ‘The Holographic Principle’ and tour, the band took a well deserved leave of absence from the scene. So the hunger for new music may be even bigger now, more than ever.
In the middle of these challenging times, Epica has recorded one of the biggest projects to date bringing in a whole orchestra and a children’s choir. Joost Van Den Broek has done an outstanding job by giving the record an excellent mix and sound.

This album might be the ideal mix between the symphonic metal, we know the band for, and a more approachable sound, without selling out or getting soft. On the contrary, in some songs the guitars are so heavy and fat you think the walls are going to crumble. The vocal performance of Simone Simons is crystal clear and she even has discovered some new territory in her already large vocal register. The overall feel of the album is that it sounds more like a soundtrack. The use of some Oriental influenced parts in the songwriting is masterly done.

Epica fans are being well served with this album, but I think the band could win many new fans as well. Although I am not a big fan of grunting I do see what it adds to the dynamics of the vocals. Without the growls of Mark Jansen the music would have less depth. I don’t really need to say much about the playing skills of the musicians because they are simply excellent. The whole feel is that everyone adds an important piece to the puzzle. if you remove one element from the equation the balance is gone. It is hard to pick favorite songs from this piece so I would recommend to sit down and experience the album as a whole, because the order of the songs is well picked.

The more than 13 minutes long epos, ,,Kingdom Of Heaven Prt 3 – The Antediluvian” might be the song that captures all the elements of the album. it has a nicely orchestrated intro that has a cinematic feel to it and thundering drums, bass, guitars once all hell breaks loose. There are the Angelic vocals of Simone, the choir, the growls of Mark and a breathtaking middle part where once again the orchestrated cinematic parts take over. You could easily imagine these parts in a movie. After this Epica goes full throttle once again only to come to another softer part where Simone shows a great creepy side of her vocal registers beautifully supported by the children’s choir. The ending of the song is the highlight where all elements come together and where the whole band opens all registers for an epic ending. This is a team effort from the highest level. All in all, I can only conclude that Epica has managed to create a beautiful new album (maybe their best effort yet) and that their self-chosen rest period has paid off. An album that is highly recommended to anyone who loves the symphonic metal genre, as well as those who want to get a first new glimpse of the world of Epica.