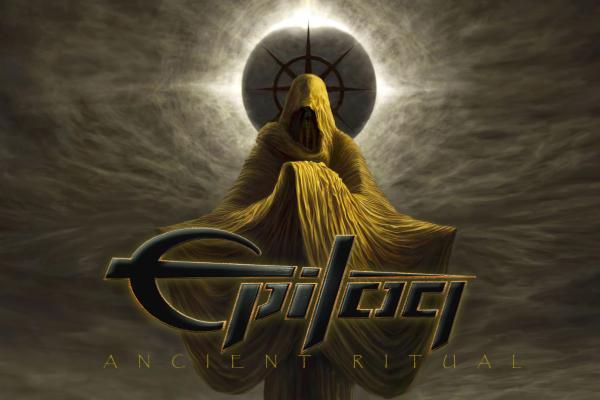 Epilog is a Czech-Swedish metal/hard rock band, which was founded in 2007 and ‘Ancient Ritual’ is their fourth album and it is also their second album with Swedish power singer Rob Lundgren. Guitarist and songwriter Michal Zeman has done an excellent job on Epilog’s best album so far as the ten new songs on ‘Ancient Ritual’ are all outstanding compositions with lots of variety, catchy melodies, fine guitar solos and really powerful singing passages and sometimes even “catchy” choruses [,,Empire”]. The sound of Epilog is kind of related to American and English heavy power metal and hard rock bands and lyrically the band [read: Michal Zeman] is “heavily” influenced by the works of the American horror fiction writer H.P. Lovecraft [1890-1937]; take for example the last track ,,Cthulhu’s Coming” which is probably based on the Lovecraft novel The Call Of Cthulhu. Absolute highlights of ‘Ancient Ritual’ are ,,Another Side Of Pain” [traditional great power ballad], ,,Promises” [very melodic, featuring great riffs and guitar passages], ,,Morgana” [up tempo power metal] and the last song which will probably become a live staple for Epilog. Lundgren sings and screams [in a good way] his lungs out on all the tracks and the rest of the band plays ever so tight that you cannot sit still while listening to this album. So, keep on banging those heads and bring out your air guitar to play along to Ancient Ritual. Highly recommended and again my advice: play it f….. LOUD!!!!!!!