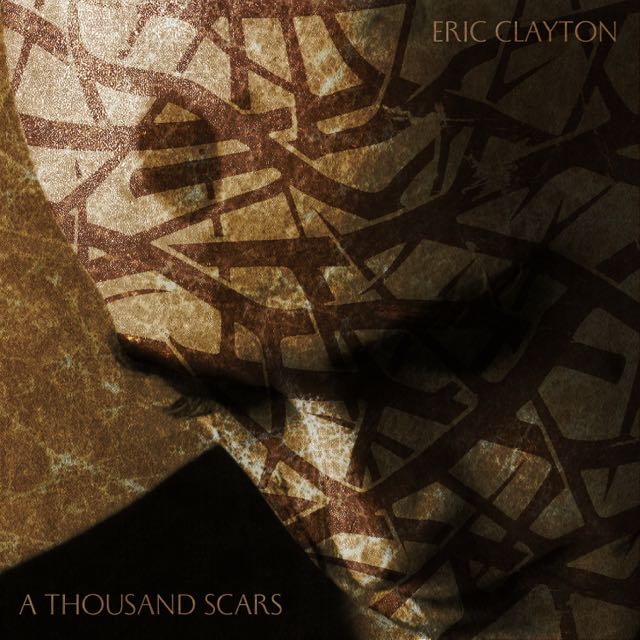 Following his triumphant return as a performer in 2018 with Eric Clayton And The Nine, the voice and creative mind of Saviour Machine reports back with a personal and gripping new album. `A Thousand Scars’ contains 15 brand new songs running over 79 minutes, all crafted around biographical personal lyrics. It’s an intense and personal frail statement depicting the vocalist’s journey, struggles and battles since he was diagnosed with a progressive form of Barrett’s Esophagus, making him vanish out of the spotlights for over a decade. His descend into paranoia and his rebirth, musically and personally, are captured on this new album.

Never before has an artist taken me into the darkness and caverns of his mind like Eric Clayton does on this epic album. `A Thousand Scars’ features an intimate insight in the last decade and a half when Eric stepped down from his alter ego and society descending into the agony and despair imposed on him during his childhood and young adolescence. His rise and fall of an artist as well as a man moulded into lyrical format with gut wrecking outcome and intensity spawned. Though the concept is the centre point of attention, the entire album enrols like a somber melancholic biopic full of self-reflection. It captures the darkness and evolution towards a grandiose ending hardly needing the power of his lyrics. It had me grip back to the lyrical content as it administers an entirely different view on Saviour Machine’s songs like ,,Carnival Of Souls”, ,,Enter The Idol” and the unfinished `Legend’ trilogy.
The album is produced by Devon Graves stepping up to take the helm in capturing the sheer power and musical brilliance from Clayton and his brother Jeff. Graves guided the project and his keen ear for detail makes the album one of the best productions of 2020. He managed to capture the emotion and provides powerful arrangements with vivid orchestration. The musical execution by his trusted band mates in The Nine is simply breathtaking and stunning, and it becomes clear that all members of his band are very closely connected to the spirit of Clayton. Though dominant, he also is a humbling persona reaching out to bring his fans close to his heart.
`A Thousand Scars’ does the exact same thing…. A humbling experience that needs to be heard.