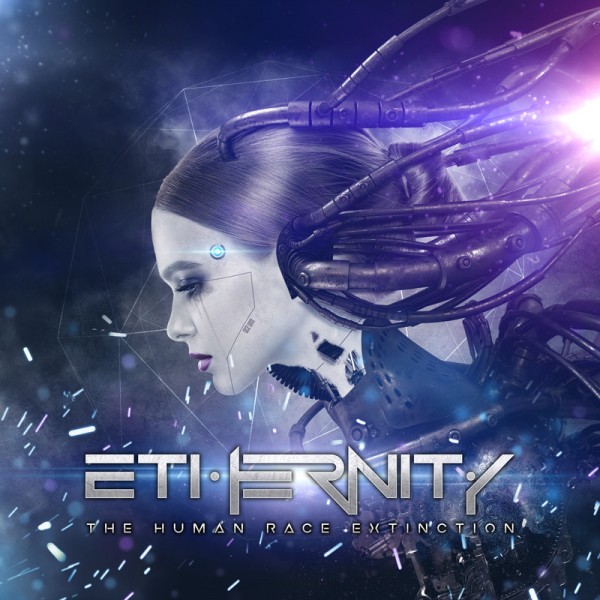 The Belgian formation Ethernity has been working hard to make sure that their second epos ‘The Human Race Extinction’ can match up with several other releases in the progressive metal scene. For the production they hired Simone Mularoni, the guitarist and main man behind DGM and recently involved with lots of other releases on the Frontiers label, to make sure the album has an appropriate and good sound. An excellent move as the album has quite a heavy, big and even sometimes bombastic sound taking any willing listening ear by storm. Music wise the Belgians have created a cocktail that you would expect from popular bands like Evergrey, DGM and even HammerFall or Symphony X. What makes Ethernity sound a bit different is the vocal input of Julie Colin. Already on the debut album ‘Obscure Illusions’ she sounded impressive but that album now sounds rather bleak when you compare it with this new effort that has more power, more grit and better songs. In more ways than one Ethernity has evolved, developed and grown. In all aspects ‘The Human Race Extinction’ is a big step forward. Being a concept album the CD title already makes clear that the overall topic is a bit apocalyptic and dark. This is being accompanied by some excellent songs as well where the power of this group and their female singer comes to a full expression in songs like ,,Indestructible’’, a real explosion of brute force (as there are several more on this record). There is also room for more subtle moments as well. Listen to ,,Warmth Of Hope’’, an oasis of melody and beauty that after a while becomes an epic rocker. I am pleasantly surprised people as Ethernity has fabricated a very good CD in a genre where there are many bands active and where it is not easy to establish and show yourself for who you really are. Ethernity though has done that and in a quite convincing manner as well.