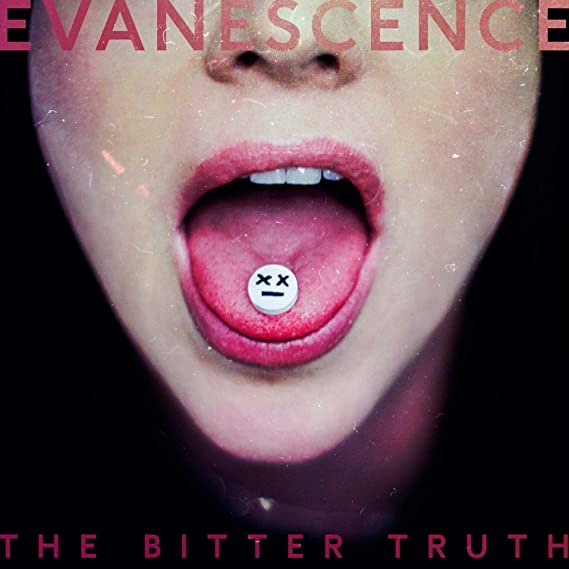 `The Bitter Truth’ is Evanescence’s upcoming fifth studio album, set to be released on March 26, 2021. It will mark their first album of original music in 10 years. The band began working on the album in 2019 and recorded much of it throughout the Covid-19 pandemic. The album cover, title, and first single ,,Wasted On You” were revealed on April 17, 2020 on the band’s social media. Other songs like ,,The Game Is Over”, ,,Use My Voice”, ,,Yeah Right” and ,,Better Without You” were released one at a time as the album was still being written and recorded.

The sound of the album is, as expected, perfectly fine, Nick Raskulinecz did a great job with that. The big picture is that this album has unmistakably the sound that made Evanescence a household name, as well as the drama and powerhouse vocals that made Amy Lee one of rock’s most recognizable voices. The overall compositions are crafted in a dark, heavy, yet playful way, with a sauce of industrial groove to it, combined with Amy Lee’s self-cynical biting lyrics.
Like for example this part of the ,,Better Without You” lyrics: “As empires fall to pieces| Our ashes twisting in the air| It makes me smile to know that| I’m better without you”.
Album opener/ intro ,,Artifact The Turn” is a two and a half minute long lullaby, with a creepy edge that leads us to the mid tempo ,,Broken Pieces Shine”, that right away starts off with the industrial elements mentioned before. ,,The Game Is Over” is slowly introduced by the drums and then opens like a beautiful flower, with a typical wonderful catchy chorus that only Evanescence can come up with. ,,Yeah Right” to me starts as if it could be Katy Perry’s new single, with the daring poppy, yet catchy approach in the verses. But, lucky for us, it does not lose the trademark Evanescence touch. ,,Feeding The Dark” is yet another mid tempo song we know the band for. First single ,,Wasted On You” is next on the album. It is a slow tempo rocker, with a recognizable hook to it. ,,Better Without You” starts with a child’s sleep toy intro, to evolve into another mid tempo song with a grand open chorus. The next songs ,,Use My Voice” and ,,Take Cover” follow the same line as previous songs on the album.  ,,Far From Heaven” is the ballad we hadn’t heard on the album yet, while ,,Part Of Me” yet again a decent mid tempo bomb. Last song on the album is ,,Blind Belief” that starts with a cool guitar riff, takes back some pace in the midsection but in the chorus parts we do get a thundering guitars and drum parts.

To me `The Bitter Truth’ is an album that contains all the known elements of the band. Here and there a bit more experimental than on previous albums, but it is also that I miss the real bangers on the album. It all feels a bit played on the safe side. The fact that I miss the real up-tempo songs on the album may be a reason for that. But it is fair to say that I am also glad we finally get to hear some new Evanescence material and the album is still growing on me, with every spin. As we know Amy Lee has an enchanting voice that one can identify from thousands and delivered, with her band, and solid album. And hopefully, we do get the chance to see the band performing these songs live on stage soon!!