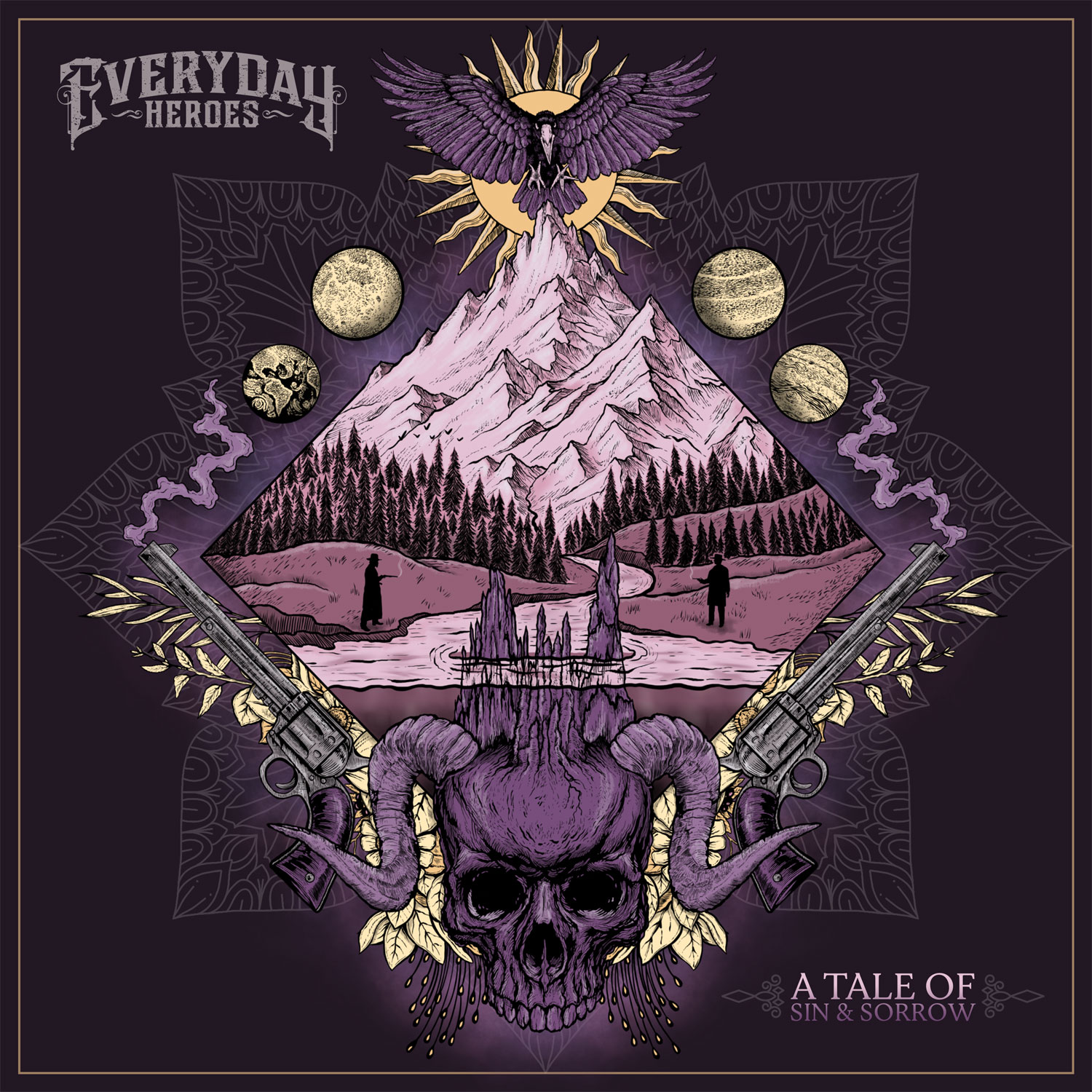 When you hear the full size debut album of the four piece outfit Everyday Heroes it is hard to imagine that these lads are hailing from Newport, South Wales in the United Kingdom. Their eleven songs album ‘A Tale Of Sin & Sorrow’ sounds more like these boys are coming out of Florida or Alabama in the USA as their music is a dynamic combination between southern rock, blues rock and melodic hard rock, in a style that has been made familiar by a band like Black Stone Cherry. Not that Everyday Heroes is just a copy, that is not the case, but the energy, the dynamics and the grit that just glows of the album is not alone catchy but at moments also mesmerizing. Guitarist/singer Luke Phillips, drummer Jay Haines, rhythm guitarist Daniel Richards and latest recruit Lewis Watkins on bass have been around a little while already releasing two EP’s but this is without a doubt a statement that they are making. The record tells the story of the outlaw Texas Red and his search for redemption after acting up badly. This record tells his story and about his journey to become a better person. It is not a new theme that is being profiled here but the musical journey of these four boys is far from boring. Luke Phillips is the central figure with his expressive singing and his blistering guitar solos, aggressive, strong but at times also melodic and even sensitive. And that also goes for the other musicians who also stand their musical ground. But the musical journey of Everyday Heroes is eventful with songs that are heavy, crispy, with plenty of energy and grittiness. Only a few times the band takes the foot of the gas pedal but at these moments during the songs ,,The Crow” and the album closer ,,Without A Throne’’ these lads really show some extra class as well. This is a band that belongs with a label like Provogue Records, Europe’s house of blues and rock as this band with this album matches with ease the level of Black Stone Cherry. Hopefully we will hear more from these Welshmen in the future, but their real start is in more ways than one promising and excellent. To pre-order go here.