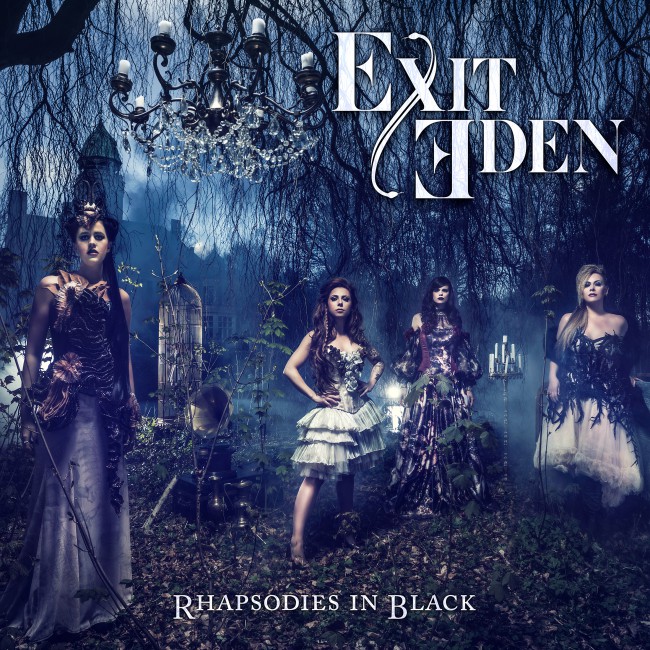 Some ideas might be original, some might not be. The idea of covering songs is as old as Methusalem but it is always about the way you perform a cover. Are you sticking close to the original version, do you change just a little bit like playing it a bit faster or slower? Or do you give a song a complete work over so that you make it your own? On ‘Rhapsodies In Black’ four female singers that have earned their laurels in the rock and metal decided to tackle a bunch of known pop songs and give them a metal tint or should I say boost?!. Clementine Delauney, Anna Brunner, Marina La Torraca and Amanda Somerville have been active in various bands like Visions Of Atlantis, Epica, Avantasia, Phantom Ride, Hansen & Friends and Kamelot (just to name a few) and all have proven to be excellent singers. On these eleven tracks songs of artists like Adele, Rihanna, Katy Perry, Backstreet Boys, Shontelle, Depeche Mode and even the famous Lady Gaga have been given a change over by the four ladies and it has worked out perfectly. Songs like ,,Frozen’’, ,,Skyfall’’, ,,Incomplete’’, ,,Impossible’’ or ,,Unfaithful’’ have undergone a major change. This record sounds majestic with its bombastic sound, heavy orchestral background, tasteful guitars and keys and surprising arrangements proving that almost any song can be transformed to modern sounding melodic metal. Mind you, the four ladies involved have each got a great voice, giving the record a shit load of variety, making it sound grandiose. The four voices blend well together but also the instrumental bits are beyond par as is the production. It might not be the most original idea ever but the way everything has worked out on ‘Rhapsodies In Black’ is just second to none. Hats off to the ladies!