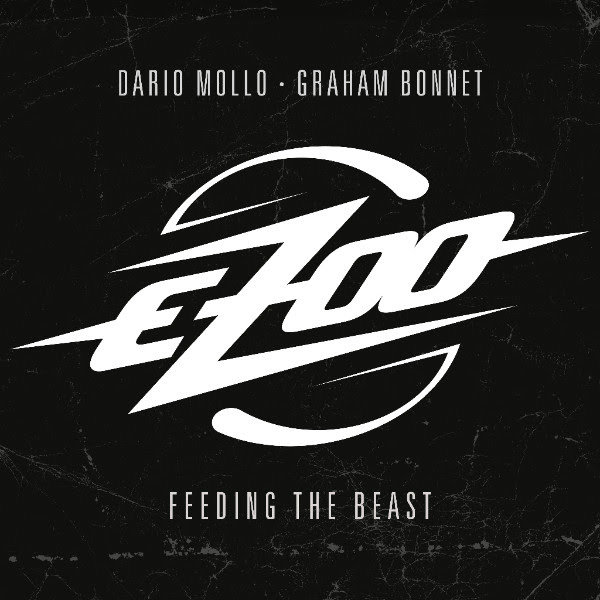 Italian guitarist/producer/song writer Dario Mollo likes to surround himself with top singers when he records an album. Think about his releases with Tony Martin (Mollo/Martin) and Glenn Hughes (Voodoo Hill) for instance. Graham Bonnet has a good ear and eye for excellent guitarists working with people like Yngwie Malmsteen, Steve Vai, Ritchie Blackmore, Bob Kulick, Chris Impelliteri, Michael Schenker, Conrado Pesinato and now Dario Mollo. ‘Feeding The Beast’ is suited for people who like their melodic rock and metal performed in a more robust manner. The songs are guitar driven, most of the time up tempo and Bonnet’s voice is as always ‘straight in your face’. The veteran has this certain manner of delivering this aggressive way of singing, suiting heavy rockers like ,,You Are Your Wallet’’, ,,C’est La Vie’’, ,,Guys From God’’, ,,Motorbike’’ and the title track which has quite a lot of variation and is absolutely one of the best songs of this CD. ,,The Flight Of The Sapini’’ is a short but great piece of guitar masturbation by Mollo while ,,Coda’’ (last song of the CD) is a beautiful instrumental. Graham Bonnet has been quite active this last year, releasing two albums with his own Graham Bonnet Band. On both recordings he came up with new versions of the Rainbow classics ,,Eyes Of The World’’ and ,,Since You Been Gone’’. I am surprised to find yet again these songs on ‘Feeding The Beast’’, although Mollo has flavoured up ,,Since You Been Gone’’ with a bit of a different guitar intro. But to be honest, was it really necessary to re-record these tracks with both Graham Bonnet Bands records already featuring them? Not really. But that is my only point of criticism I guess. I like the production of this record. Dario Mollo has recorded the CD without too many tricks up his sleeve. The record sounds very straight forward, has plenty of force but still sounds versatile. And with Bonnet singing ‘Feeding The Beast’ comes across as a big slap in your face/kick up your ass, direct and somewhat brutal. Job well done I must say!