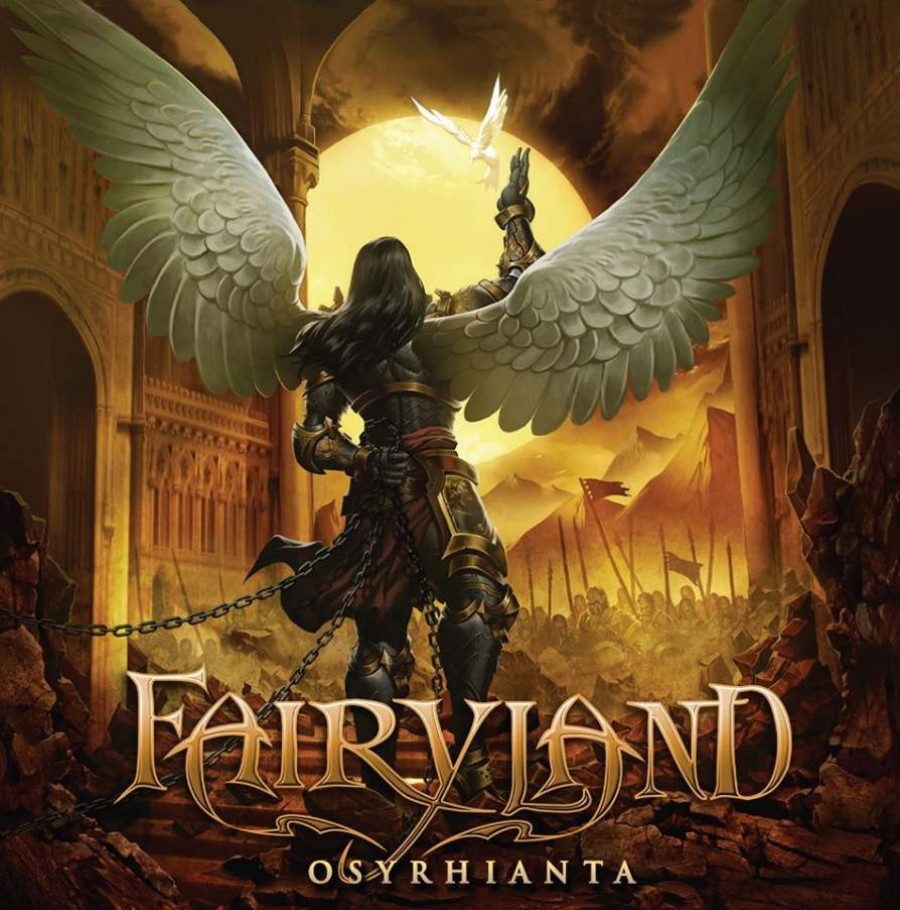 French Fairyland’s previous 3 albums formed a trilogy evolving around the concept of phantasy world Osyrhia. With `Osyrhianta’ landing on my desk I was introduced to the prequel of the story and narrates the creation of the world Osyrhia and its inhabitants. The core of the album is the appearance of Cenos the teacher, who is driven to greed and jealousy much in line with modern day society’s struggles and battles. The fantasy tale is brought to live on this fourth offering.

`Osyrhianta’ is packed with high paced epic metal with dense orchestrated tracks that run like a freight train. The addition of violinist Camille Dominique allows the band to boost their classical symphonic arrangements and also gives a distinguished edge. Blending the classic elements of genre greats like Rhapsody (Of Fire) and Dragonforce and making them impact with the cinematic expose of more symphonic gothic acts like Epica and Within Temptation, Fairyland delivers an intense album that is bold with great memorable melodic hooks and appealing glorious anthems. The epic storyline (prequel) adds to the symphonic magnitude.
I’m not going into a track by track breakdown of `Osyrhianta’, merely I want to point out some excellent songs that garnish attention upon first spin. The pompous ,,Herald Of The Green Lands” which fuses the widened music boundaries with the addition of the layered strings, coinciding with the guitars and keys packing great momentum is one of those. The epic ,,Hope And Despair in Osyrhia”, which is the centre piece of the album is widely arranged and lush, making it the epic tune mandatory on the album.

Fans of the genre will be licking their fingers for this and Fairyland deserves to be recognized by a wider fan share. The overall deliverance is excellent, and its story line compelling. `Osyrhianta’ would have been even better if it packed more power riffs and solos. Focusing on the density of the orchestration makes it lack a little power, which is exactly what made the French metallers so compelling.