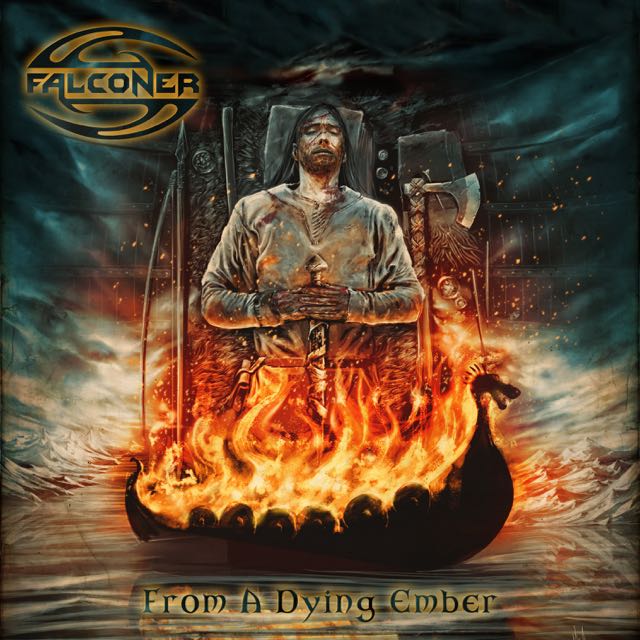 After a six year hiatus Swedish power (folk) metal band Falconer return with their 9th studio album called: ‘From A Dying Ember’. Sad but true it is also their last album, as Falconer decided to stop their musical career; so ‘From A Dying Ember’ is their swan song, so to say. But they at least end their career with a great album, as it features a couple of more than excellent tracks filled with an ethereal folky vibe that only these guys can produce and come up with. Take for example ,,Kings And Queens” (the 2nd single) which is a guitar driven, neo-classical song with great vocals and a rather medieval feeling. Another highlight is ,,Fool’s Crusade”, filled with folk elements, high pitched vocals and great guitar riffs and melodies. ,,In Regal Attire” and ,,Testify” are that addictive, that they almost invite you to sing along to; while ,,Thrust The Dagger Deep” is a heavier song with lots of melodic guitar arpeggios, a great guitar solo and even some a cappella vocal parts. The longest song is called ,,Rapture” and that one is my personal favorite, featuring massive guitar walls, riffs, hooks and melodies and check out that ferocious guitar solo; awesome indeed! The piano ballad ,,Rejoice The Adorned” (sweet and rather dull) and the minstrel vocals of Mathias Blad in ,,Bland Sump Och Dy” (yes, indeed, sung in Swedish…) are not really the type of Falconer songs I prefer, but I do think that they fit in the concept of this album. Another musical gem is called: ,,Garnets And A Gilded Rose”, the instrumental song of this album, which actually reminds me of the song ,,Black Rose” (Thin Lizzy), Falconer adds some bagpipes by the way… Conclusion: ‘From A Dying Ember’ is an awesome Falconer album, a must have for the fans and a must have for fans of true power folk metal in the veins of Skyclad.