FEANOR-Power Of The Chosen One 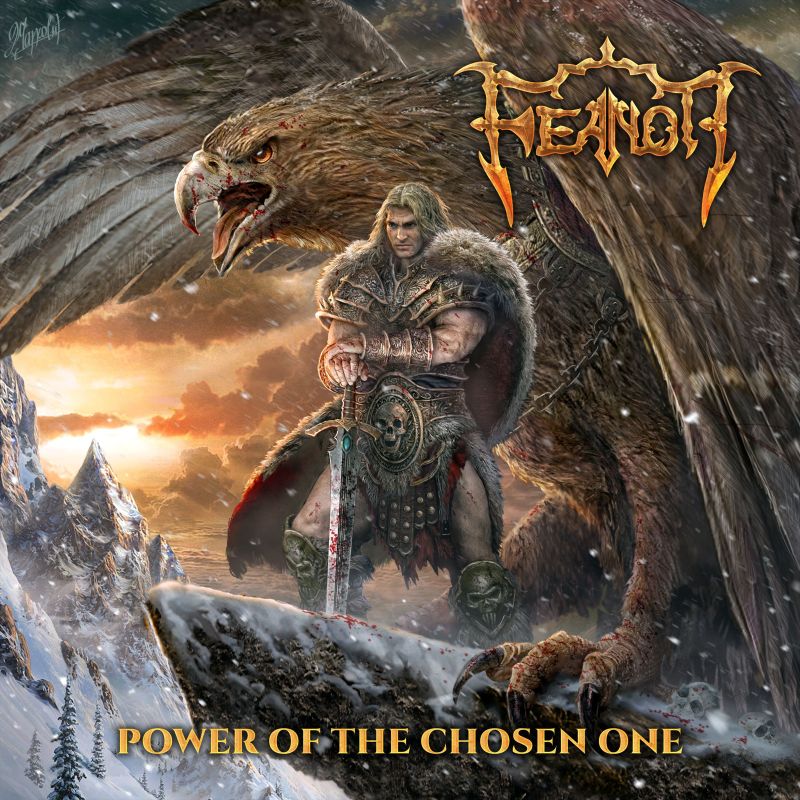 FEANOR-Power Of The Chosen One

In for a portion of true metal, are you? Well, don’t expect too much these days of Manowar but several ex-members of the band are carrying on the tradition. First there is co-founder Ross The Boss who is still releasing records in true metal style and another former Manowar guitar slinger who is active in that field is David ‘The Shred Demon’ Shankle with his band Feanor, releasing their second CD again with Wizard singer Sven D’Anna on vocals. The formula is simple: speed, power and big singalong choruses and a whole lot of screaming guitars. The lyrics are about warriors, raging battles, unity, brotherhood and the love for true metal. After Manowar introducing this form of metal some four decades ago I am actually surprised that this kind of style is still relevant to several musicians and fans. Feanor sounds as traditional as can be, there can’t be any doubt about that but in a way it is also a bit pathetic as well. ‘We are metal, we are ready for the fight’ and a whole lot more of those ‘slogans’, well people I find it a bit childish. But there are still metal fans who like this kind of stuff and so I suppose a band like Feanor still manages to reach a certain audience. But if I am brutally honest there can only be the conclusion that Feanor is a second rate version of Manowar and not much more than that. Sven D’Anna sounds brave but is no Eric Adams, for me the man that was responsible for Manowar being so outstanding in the genre. This record is for a certain audience only, it sounds okay but there is absolutely no originality to be heard at all, though I must say that the last track ,,The Return Of The Metal King’’ that is divided in nine parts is not bad at all. The track basically sums up in some nineteen minutes what Feanor stands for. All ingredients this band has on offer are put in this track of epic proportions.