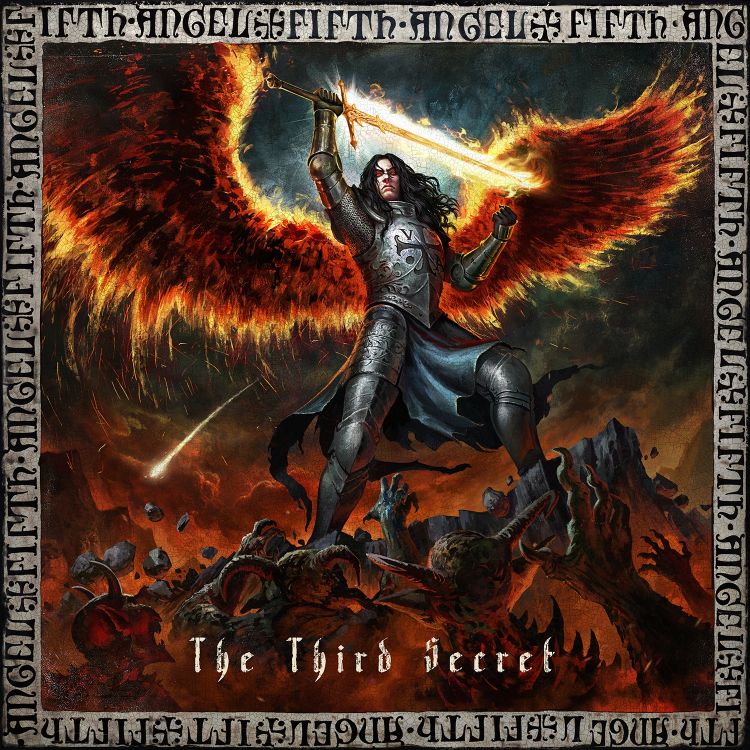 Seattle has been an important place for musicians to grow and develop themselves. The scene has always been creative and vibrant. Think about Jimi Hendrix. Queensrÿche, Q5, Metal Church, Heart, Rail, the whole grunge movement and….. Fifth Angel. Their two in the late eighties recorded and released albums ‘Fifth Angel’ and ‘Time Will Tell’ have a cult status amongst the hard rock and melodic metal fans and I must confess that with regularity I dig those two jewels out as well. I have always loved that compact and solid sound of those albums. Now almost 30 years later the group is back with original members Ken Mary (drums) and John Macko (bass) while guitarist Kendall Bechtel joined the group during the second album. He is now also the one delivering the vocals as original vocalist Ted Pilot these days runs a dentist practice and is no longer interested in making music. Nuclear Blast executive Jaap Wagemaker was given a demo with three songs and those tracks convinced him to add the band to the roster. A good decision by him. ‘The Third Secret’ is a joyful album. It is sometimes a trip down memory lane as also this record has that very compact, robust and melodic rock/metal sound filled with melody and strong riffs. Just the way the first two records sounded like. Bechtel as a guitarist stands for quality, we knew that, but he is also surprisingly good as a singer. He has a voice with power but also has a good feel for melody. The ten song record offers a mix between fast and furious rockers (,,Stars Are Falling’’, ,,We Will Rise’’), a few mid-tempo stompers (the title track) and has a gorgeous ballad in ,,Can You Hear Me’’, while ,,Fatima’’ has ballad fragments as well. But the frame of the album is formed by pure hard rocking melodic metal songs with splashing guitars and Ken Mary bashing it out. It makes me wonder how this band is going to translate all this power towards the stage as the material now and the old stuff demands a dual guitar approach and Fifth Angel these days is a trio. But then on a festival in Germany last year they played as a five piece outfit.
In the meantime though let us enjoy some quality music. For me so far the comeback of the year!