FIRST SIGNAL-One Step Over The Line 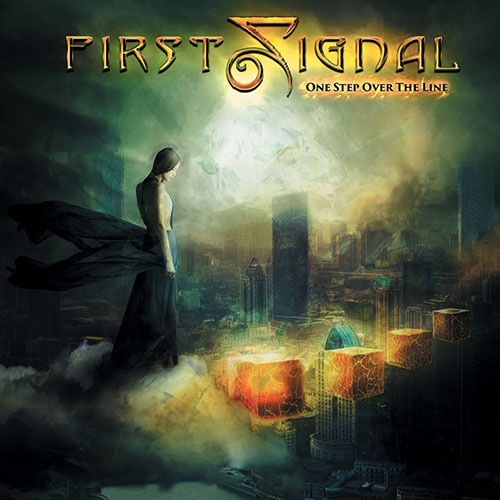 FIRST SIGNAL-One Step Over The Line

The first CD of this project was a collaboration between Harem Scarem singer Harry Hess and bass player/producer Dennis Ward (Pink Cream 69/Khymera) some six years ago. Now the singer has teamed up with Daniel Flores (Find Me), a Swedish producer/keyboardist/songwriter and with the help of the Frontiers people you can see this as another ‘put together’ band/project by the label comparable with the latest Sunstorm release. Daniel has recorded his stuff in Sweden, Harry recorded his vocals in Canada. That is the way it goes these days. So when I purchased this record I was a bit sceptical. But low and behold, more fool me! These guys have put together a very nice AOR/Arena rock album with above all very decent songs. Most songs have obviously been selected by the label and Flores, Harry Hess is in this case just the singer. But Harry is in more than fine shape on this record. The man shines in songs like ,,Pedestal’’, ,,Weigh Me In’’ (my two favourite tracks), ,,Kharma’’, ,,Minute Of Your Time’’, ,,Love Gets Through’’ and ,,Love Run Free’’, while Flores and guitarist Michael Palace put a lot of different flavours in the music. Some tracks are pure AOR-orientated (like ,,Still Pretending’’), others are a bit more up-tempo and hard rocking. All in all very pleasant to listen to. There is nothing new being attempted on ‘One Step Over The Line’, but the CD has got quality in the song and well in the musicians department. Good one!