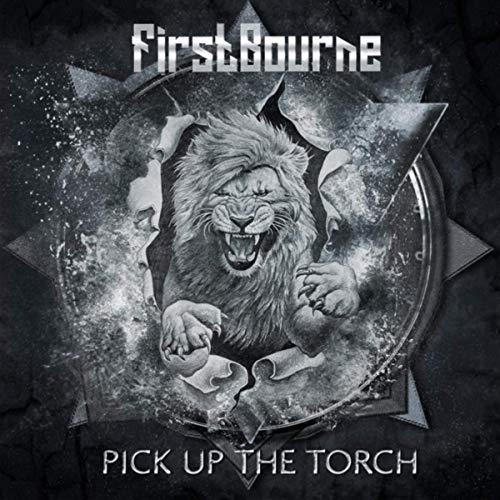 On their second album ‘Pick Up The Torch’ Boston based quartet FirstBourne celebrate their love for neo-classical eighties metal while guitarist Mike Kerr pays tribute to guitarists like Yngwie Malmsteen, Uli Jon Roth and Ritchie Blackmore. The quartet is not stingy either as the album counts sixteen songs including a blistering version of Malmsteen’s song ,,Rising Force’’. Obviously singer Ian Raposa does not reach the level of a certain Joe Lynn Turner on that particular song but at least he gave it a decent shake. It shall be obvious that FirstBourne does not really care about originality as their music gives you a constant ‘where have I heard that before?’ feeling. For a guitar freak ‘Pick Up The Torch’ has quite a bit to offer. Mike Kerr knows how the shred, rattle and roll on the six strings but the band is not so far yet that they bring a balanced amount of good songs to the table. Having heard the album several times I must confess that not a lot has been sticking in my mind. Still, for fans of neo-classical rock and metal ‘Pick Up The Torch’ might be a release that could be interesting but not much more than that I’m afraid.