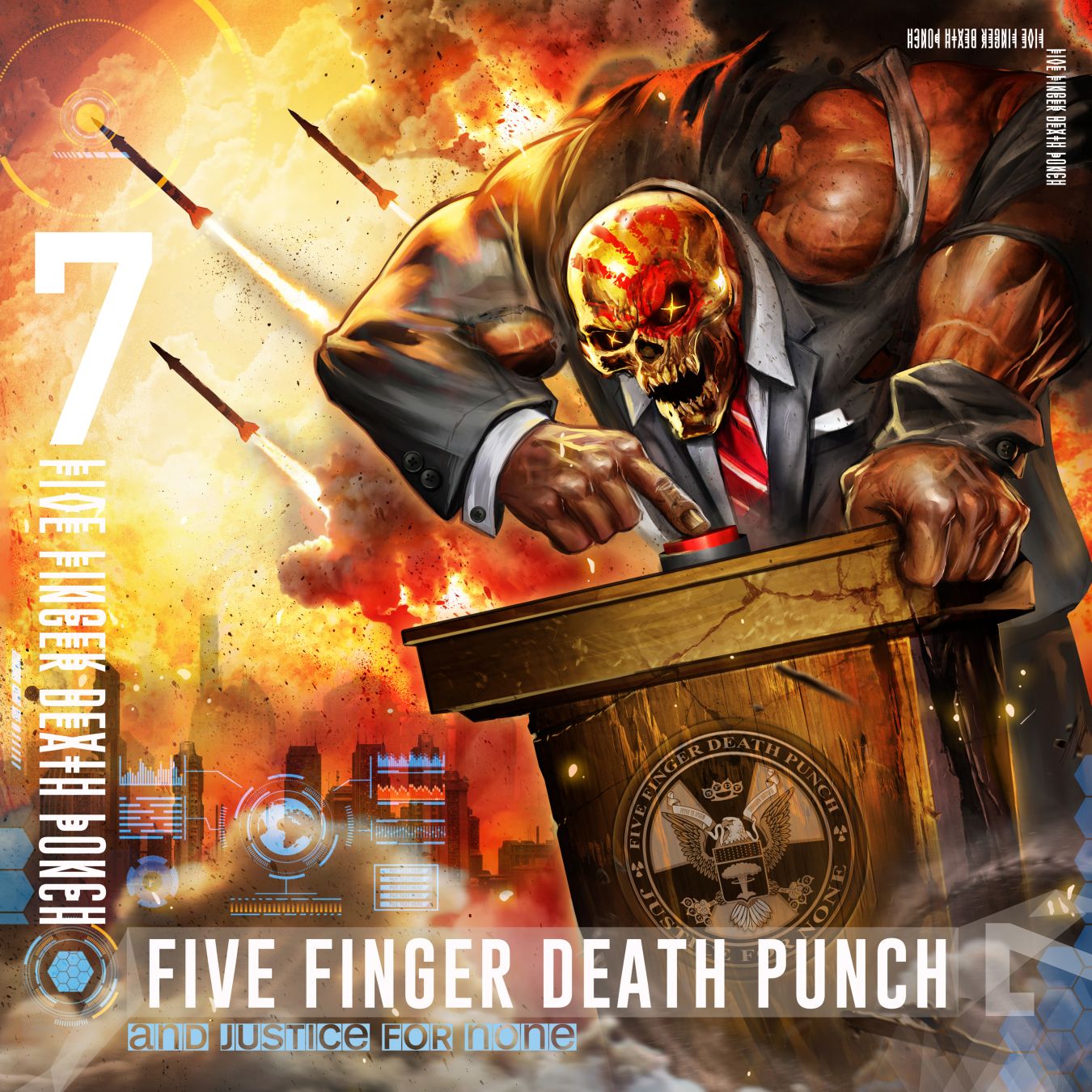 To everyone who thought we’ve seen it all when it comes to the behaviour and attitude of the most dangerous band of the 80s/90s, Guns N’ Roses, let me assure you, you don’t know shit. The Russian roulette of the modern time bands is definitely Five Finger Death Punch because last year has been a rollercoaster ride for everyone involved in this band, from fans to promoters to the band members themselves. The ticking time bomb, singer Ivan Moody, is as brilliant as unpredictable, or at least he was…. well that’s what we all hear recently. Ivan is sober now, healed from his inner demons and is staying away from living on the edge. If this is true or not, we will learn the next couple of years, I guess. But one thing is for sure right now: 5FDP are back with a bang. The brand new album `And Justice For None’ delivers the bands trademarks in its perfection. The perfect opener „Trouble’’ is known to the die hard fans already, as it was already released on the recent best of album. The same goes for the Offspring cover „Gone Away’’ and actually the band even added a second cover track to the album: Kenny Wayne Shepherds song „Blue On Black’’. Five Finger Death Punch always went full speed ahead without any musical compromises and so they did with these sixteen amazing tracks (if you get the deluxe edition). Lets all hope Ivan stays sane and will remain controlling his demons to be able to put out amazing music with his band mates like with this new CD. If so, I see a bright future ahead for a very long time.